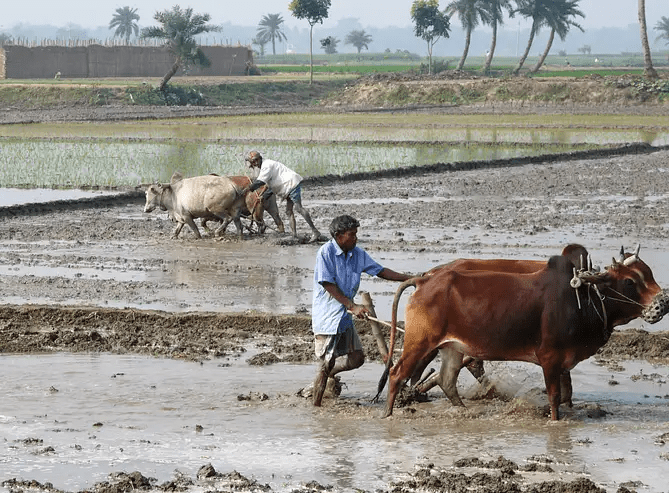 A climate change hotspot region that features both small-scale and intensive farming, South Asia epitomizes the crushing pressure on land and water resources from global agriculture to feed a populous, warming world. Continuous irrigated rice and wheat cropping across northern India, for example, is depleting and degrading soils, draining a major aquifer, and producing a steady draft of greenhouse gases.

Through decades-long Asian and global partnerships, the International Maize and Wheat Improvement Center (CIMMYT) has helped to study and promote resource-conserving, climate-smart solutions for South Asian agriculture. Innovations include more precise and efficient use of water and fertilizer, as well as conservation agriculture, which blends reduced or zero-tillage, use of crop residues or mulches as soil covers, and more diverse intercrops and rotations. Partners are recently exploring regenerative agriculture approaches — a suite of integrated farming and grazing practices to rebuild the organic matter and biodiversity of soils.

Along with their environmental benefits, these practices can significantly reduce farm expenses and maintain or boost crop yields. Their widespread adoption depends in part on enlightened policies and dedicated promotion and testing that directly involves farmers. We highlight below promising findings and policy directions from a collection of recent scientific studies by CIMMYT and partners.

Getting down in the dirt

A recent scientific review examines the potential of a suite of improved practices — reduced or zero-tillage with residue management, use of organic manure, the balanced and integrated application of plant nutrients, land levelling, and precise water and pest control — to capture and hold carbon in soils on smallholder farms in South Asia. Results show a potential 36% increase in organic carbon in upper soil layers, amounting to some 18 tons of carbon per hectare of land and, across crops and environments, potentially cutting methane emissions by 12%. Policies and programs are needed to encourage farmers to adopt such practices.

Another study on soil quality in India’s extensive breadbasket region found that conservation agriculture practices raised per-hectare wheat yields by nearly half a ton and soil quality indexes nearly a third, over those for conventional practices, as well as reducing greenhouse gas emissions by more than 60%.

Ten years of research in the Indo-Gangetic Plains involving rice-wheat-mungbean or maize-wheat-mungbean rotations with flooded versus subsoil drip irrigation showed an absence of earthworms — major contributors to soil health — in soils under farmers’ typical practices. However, large earthworm populations were present and active under climate-smart practices, leading to improved soil carbon sequestration, soil quality, and the availability of nutrients for plants.

Using the FarmDESIGN model to assess the realities of small-scale, marginal farmers in northwestern India (about 67% of the population) and redesign their current practices to boost farm profits, soil organic matter, and nutritional yields while reducing pesticide use, an international team of agricultural scientists demonstrated that integrating innovative cropping systems could help to improve farm performance and household livelihoods.

More than 19 gigatons of groundwater is extracted each year in northern India, much of this to flood the region’s puddled, transplanted rice crops. A recent experiment calibrated and validated the HYDRUS-2D model to simulate water dynamics for puddled rice and for rice sown in non-flooded soil using zero-tillage and watered with sub-surface drip irrigation. It was found that the yield of rice grown using the conservation agriculture practices and sub-surface drip irrigation was comparable to that of puddled, transplanted rice but required only half the irrigation water. Sub-surface drip irrigation also curtailed water losses from evapotranspiration and deep drainage, meaning this innovation coupled with conservation agriculture offers an ecologically viable alternative for sustainable rice production.

Cover photo: A shortage of farm workers is driving the serious consideration by farmers and policymakers to replace traditional, labor-intensive puddled rice cropping (shown here), which leads to sizable methane emissions and profligate use of irrigation water, with the practice of growing rice in non-flooded soils, using conservation agriculture and drip irrigation practices. (Photo: P. Wall/CIMMYT)