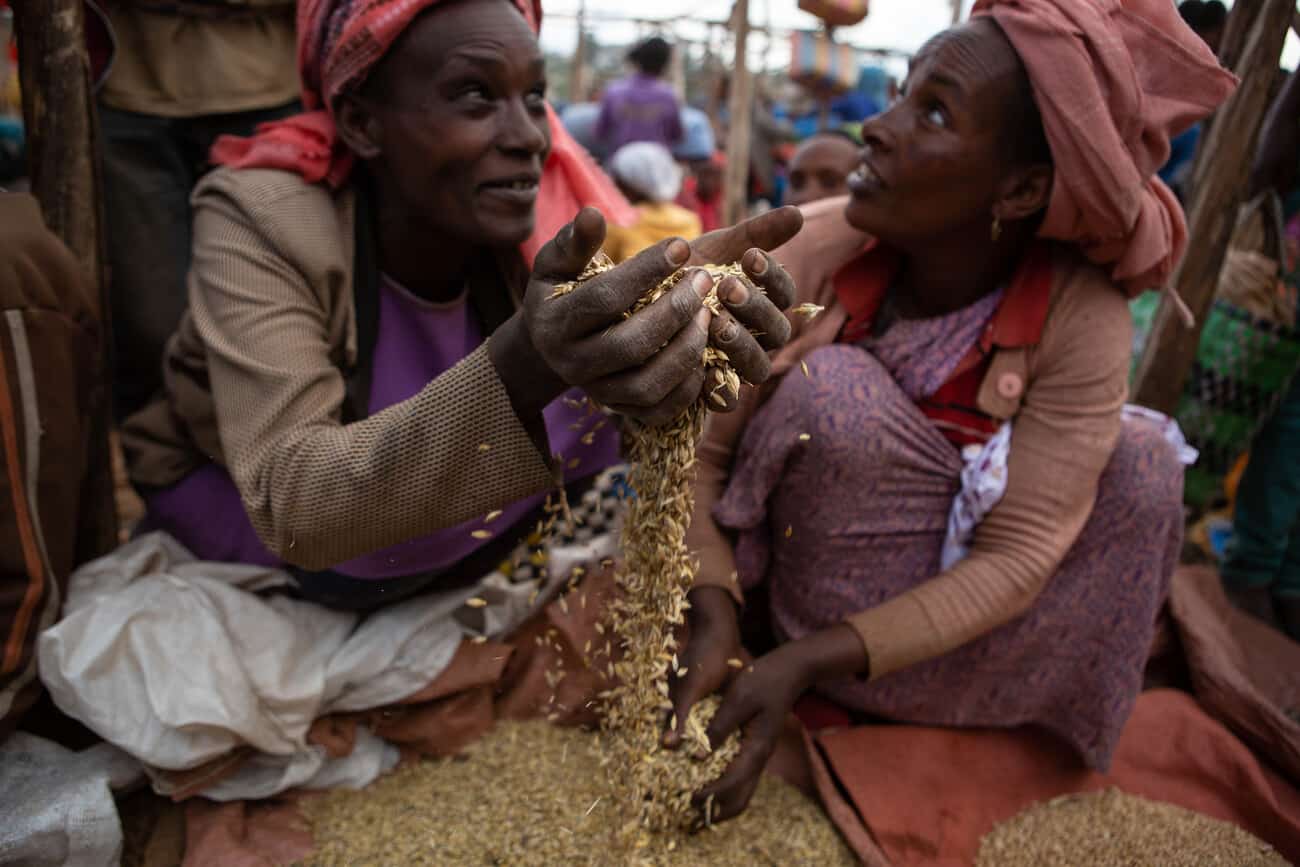 With only 11 growing seasons left to achieve 2030 goal to eliminate hunger, leaders respond to call to action from Global Commission on Adaptation to counter surge of climate extremes

New York, New York (23 September 2019) — A coalition of donors, aid institutions and philanthropy promised today to invest more than US $650 million in the CGIAR System Organization to help 300 million smallholder farmers in developing countries adapt to the impacts of climate change, which already are eroding crop and livestock production in places like sub-Saharan Africa and South Asia.

The investments from the Bill & Melinda Gates Foundation, the World Bank, the United Kingdom, the Netherlands, the European Commission, Switzerland, Sweden and Germany are part of a broader commitment of more than US $790 million to address the impact of climate change on food and agriculture. The investments announced today at the United Nations Climate Action Summit are a response to a call to action from the Global Commission on Adaptation (GCA) urging world leaders to mount a “massive effort to adapt to conditions that are now inevitable.”

The GCA is co-chaired by Bill Gates, former United Nations Secretary General Ban Ki-moon, and World Bank CEO Kristalina Georgieva. Earlier this month, the GCA put forward an agenda for adaptation that contains a detailed action plan for confronting climate threats to agriculture and food security and a recommendation to double the scale of agricultural research through the CGIAR System.

“The global Sustainable Development Goals (SDGs) made a solemn promise to eradicate hunger and extreme poverty by 2030, and that simply cannot be achieved unless the world’s smallholder farmers can adapt to climate change,” said Elwyn Grainger-Jones, Executive Director of the CGIAR System Organization. “The new investments announced today are a recognition that we have just 11 growing seasons between now and 2030 and farmers need a host of new innovations to overcome a growing array of climate threats. This new funding is an important start towards a global effort to substantially increase support for CGIAR activities.”

CGIAR is a global research partnership dedicated to reducing poverty, enhancing food and nutrition security, and improving natural resources for smallholder farmers in the developing world. Investments in CGIAR have proven to be highly cost-effective, generating returns ranging from $2 to $17 for every $1 invested, with significant economic benefits for producers and consumers. CGIAR’s 15 Research Centers are working as a single unit under its flagship Two Degree Initiative for Food and Agriculture. The Two Degree effort is helping small-scale food producers across the globe adapt their farming systems, livelihoods, and landscapes to weather extremes and embrace production practices that lower emissions.

The investment announced today will support a wide range of activities across the CGIAR System to deliver a steady stream of adaptation solutions to smallholder farmers. The commitments to agriculture adaptation announced today include:

How CGIAR is Leading the Charge on Agriculture Adaptation

CGIAR’s work is concentrated in areas of the developing world where most people work in agriculture and farming is the main source of food and income for hundreds of millions of households. Climate change is already producing a surge in the frequency and intensity of droughts that is damaging production of Africa’s most important crop, maize, while increased flooding in South Asia is endangering rice harvests that sustain millions. Climate change is also threatening to reverse major reductions in poverty in places like Rwanda, Ghana and Ethiopia that have been achieved largely by boosting the productivity of smallholder farms.

CGIAR researchers already are delivering a host of new crop varieties to farmers in places like Nigeria and Pakistan that can survive stressful conditions like drought and flooding. And they are rapidly developing more sustainable and resilient approaches to boosting crop and livestock production and reducing climate risks. That includes affordable insurance for poor livestock keepers that uses satellite data to monitor grazing conditions over vast areas and a “climate smart village” approach to resilience that helps entire farming communities embrace a range of new approaches, like drip irrigation for their fruits and vegetables and hardy, more productive livestock breeds.

Examples of CGIAR’s climate-focused innovations include:

“We’ve also been working closely with smallholder farmers across the developing world for almost 50 years,” said Grainger-Jones. “We know a lot about the crops they grow, the livestock they keep and the challenges and opportunities they currently face. We are ready to put the full force of our insights and activities behind a major effort to confront the climate emergency they now face.”

CGIAR is a global research partnership for a food-secure future. CGIAR science is dedicated to reducing poverty, enhancing food and nutrition security, and improving natural resources and ecosystem services. Its research is carried out by 15 CGIAR Centers in close collaboration with hundreds of partners, including national and regional research institutes, civil society organizations, academia, development organizations and the private sector. CGIAR research is supported by funders through their contributions to the CGIAR Trust Fund and to CGIAR Research Centers. www.cgiar.org