Talking to farmers about the impact of CCAFS’ work 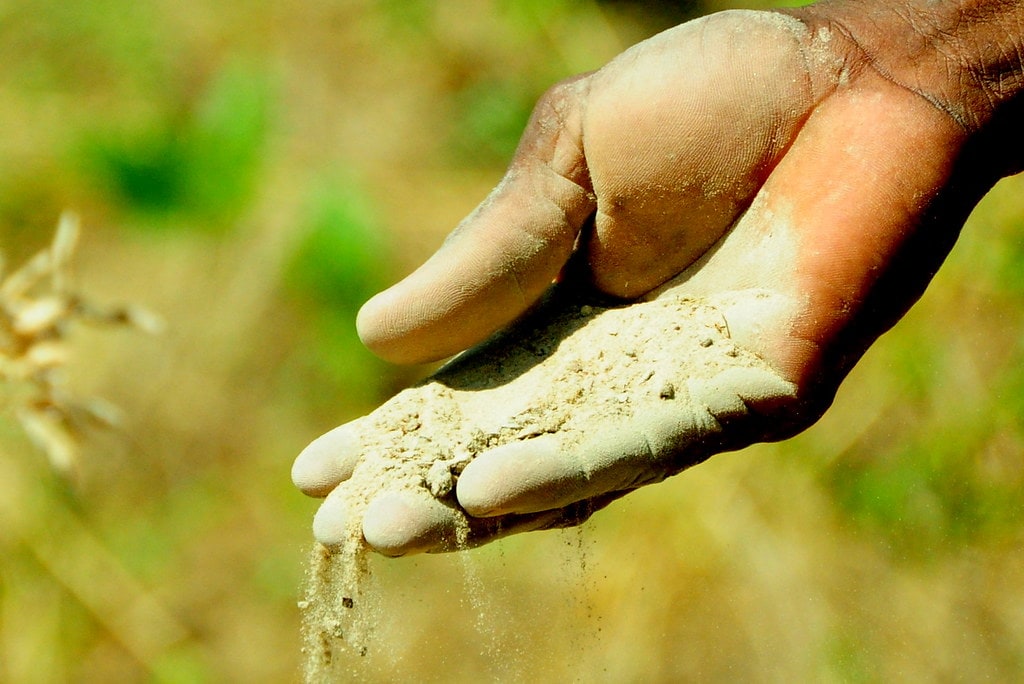 One of the first activities undertaken when the CGIAR Research Program on Climate Change, Agriculture and Food Security (CCAFS) started was a set of baseline surveys, aimed at collecting information at three levels: household, community and organization. The object of the baseline was to capture the big picture of how farmers are changing their practices in the light of climate change and other pressures. For the CCAFS site at Lawra-Jirapa in the Upper West region of Ghana, the baseline was done in 2010-2011.

The plan was to revisit the same households once CCAFS had worked in these communities for several years, in order to document changes in, for example, livelihoods, farming practices and land management, income sources, food security and food sources, asset ownership by households and involvement with local organisations. The Lawra-Jirapa survey was followed-up in 2018, as a “midline” pilot for one of the key components of CCAFS’ monitoring and evaluation system. The same 140 households were visited, when possible, and the survey instruments used were almost identical to those used in 2010. This data is currently being analysed and processed.

A workshop was organised in Jirapa on 2 July 2019, to feed back some of the preliminary results from the baseline and midline surveys. Forty-six people attended the workshop, more than half of whom were farmers from the 8 villages within the CCAFS site and two village chiefs also participated.*

The workshop helped to provide context for some of the changes observed between 2011 and 2018. For example:

As the survey results indicate, there is a lot of social change happening in the area. Since the baseline, changes in the education system have increased access to higher levels of education, which is reflected in the midline data. Participants highlighted the key role of education in providing livelihood opportunities, while increased household income can help to pay for school fees. Feeding patterns in the household have changed as education has increased: “the kids need to be well fed so they can learn properly.”

In several villages, seasonal migration is still important, with younger family members returning to the household during the wet season. This does not only result in household labour supply but also in knowledge exchange as young people are now bringing some of their experiences and ideas back to their community, which can benefit everyone.

Another change compared to the baseline is that all households are members of different groups, especially savings and credit groups. One participant said: “CCAFS has shown us that you do not rely only on what you alone know–you need to take advantage of what the group knows.” Another said: “Access to credit is difficult if it’s just you–but it’s easier in a group.”

An interesting result from the midline is that non-farm activities have declined: “CCAFS has taught women how to do other things.” Men are seeing the benefits of making women more powerful economically via agriculture. In fact, there are now more activities that women can undertake to generate income than men. The women-focused interventions included the growing and marketing of soybean and maize, for instance. This was done mainly through the women climate-smart groups established by CCAFS as a means to empower women in agriculture in the site.

Many households seem to be shifting their focus from subsistence production to a greater market orientation. Farmers are listening more to market signals, and Esoko and the Ministry of Food and Agriculture are training farmers in the CCAFS communities on how to sell their products, and where they can sell when, as well as providing climate and market information. Due to the development of market orientated activities, many farmers seem to find their household assets improved with better access to cell phones, motorcycles, grid electricity and improved housing.The chief of Bompari village thanked CCAFS: “We have learnt new things that are helping with food production.” It’s humbling to see that CCAFS seems to be making a real difference in people’s lives.