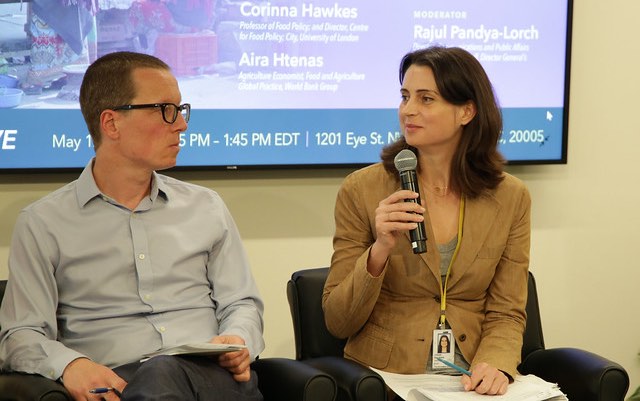 The explosive growth of cities all over the world has led to major shifts in diets, especially in rapidly urbanizing low- and middle-income countries in Africa and Asia. As incomes rise in concert with urbanization, food consumption patterns often change to include more refined grains, animal sourced foods, sugars, and fats. As a result, urban areas—and particularly the urban poor—now face problems of both undernutrition and overnutrition, including overweight and obesity.

A new IFPRI research program, Urban Food Systems for Better Diets, Nutrition, and Health, will study this dynamic and how to address these issues. A May 17 special event outlined its efforts to build an evidence base for designing effective urban food systems policies for healthier diets and optimal nutrition among the urban poor.