Science is not negotiable: Reflections from the UN climate talks in Bonn 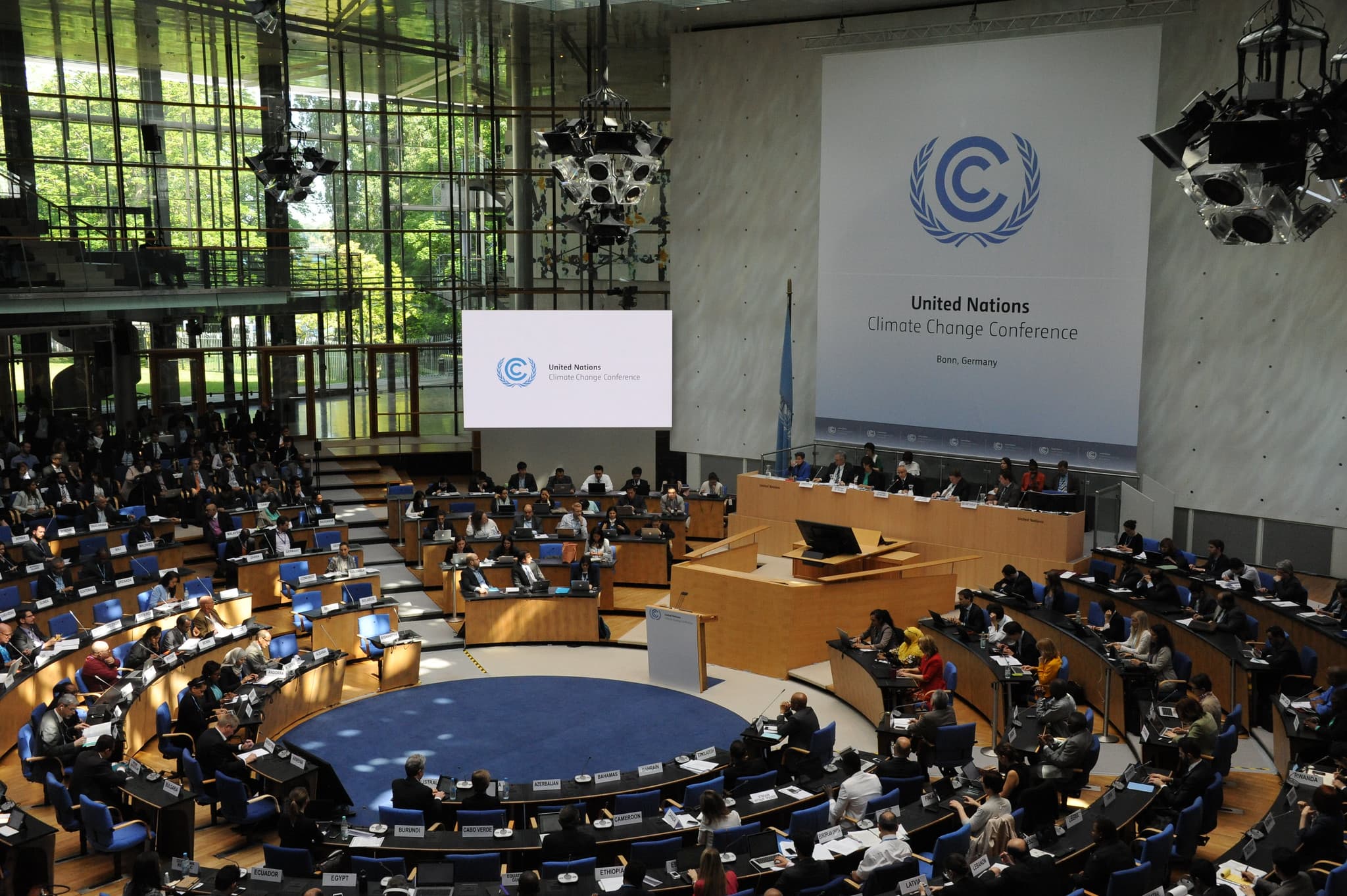 Two things struck us the most in this year’s intersessional climate talks: Firstly, countries failed to agree on ambitious action in response to the Intergovernmental Panel on Climate Change’s (IPCC) Special Report on Global Warming of 1.5ºC. Even so, Switzerland’s lead negotiator and several others put the focus on science-based action, wearing t-shirts with the quote, “science is not negotiable”, and urging countries to make the right decisions based on the report. Secondly, the 15th Global Conference of Youth was officially launched by the youth constituency, with the compelling theme, “we are action”.

Science as the basis for action

Working at the interface of science and policy, the CGIAR Research Program on Climate Change, Agriculture and Food Security (CCAFS) has endeavored to inform policy decisions based on sound scientific research, and provided inputs into the UNFCCC negotiations over the years. This year again, CCAFS and the World Bank made a formal submission on soil health to the UNFCCC’s Koronivia Joint Work on Agriculture, and hosted a side event on the topic at the UN Climate Change Conference in Bonn in June. We also organized a side event that highlighted the role of local to global policy as a catalyst for transformation in food systems. Participants discussed transformative actions, including changing diets, tackling food loss and waste, reducing emissions and increasing resilience. Radical shifts in the financial system, particularly to reorient public support for agriculture, were also discussed with the aim of supporting actors to raise their ambition for change.

In addition, new evidence on changing rainfall patterns was presented at a third side event, in which participants discussed how science can better inform adaptation decisions and raise ambition. Following proactive discussions with countries and observers, Julio Cordano, Head of Climate Change and Sustainable Development Department at Chile’s Ministry of Foreign Affairs, highlighted the various processes within the UNFCCC that can raise ambition and enable action for adaptation, noting, “we have the opportunity to marry the science and the policy, in this new era that starts in 2020”. Even though the processes and opportunities exist, however, the willingness among all countries is lacking, and this has led to reluctance to act upon scientific findings in the most appropriate manner. This in itself is a cause for concern, and the pace of action is far from desirable.

What needs to change?

With only 11 cropping seasons to achieve the SDGs in some countries, it appears unlikely that we will reach these goals unless we transform the way we produce and consume food, and fast. As one participant noted, the UNFCCC negotiations are like tricycles, and while a positive outcome from negotiations means that all parts of the tricycle are functioning and the tricycle is moving forward at a steady pace, this is far from the Tesla that we need to transform food systems within the next decade. Negotiations on agriculture continued to make progress, and the conclusions elude to more effective use of climate finance for the sector and an additional inter-sessional workshop with a focus on scaling action. But, the pace of progress may be too slow to catalyze a transformation. This means that in addition to progress in negotiations (which is important as it offers a political mandate), action must also be catalyzed at scale outside the UNFCCC.

Who can make this change happen?

A transformation requires actions at multiple levels. The Global Conference of Youth’s tagline, “we are action”, is inspiring as each one of us has a responsibility to act. Probably the changes and the speed needed are not going to come from the UNFCCC negotiations but from other initiatives that focus on delivering action on the ground.

For instance, the UN Secretary General’s climate summit happening in September of this year could be an important venue for accelerating action. Other key initiatives to watch out for in the agriculture space include the Global Commission on Adaptation’s action track on agriculture, the Food and Land Use Coalition, the World Economic Forum’s strengthening global food systems initiative, and the Global Resilience Partnership. While the number of initiatives is promising, the success of these many initiatives will largely depend on their ability to go beyond discourses and translate them into concrete actions championed by specific actors committed to implement them. A new initiative led by CCAFS, Transforming Food Systems Under a Changing Climate, aims to ensure success by identifying levers for transformation and developing a set of action plans led by champions to advance action. Action by all stakeholders, including youth, will be fundamental to the success of all of these initiatives.