Plant breeding for the future—the time is now 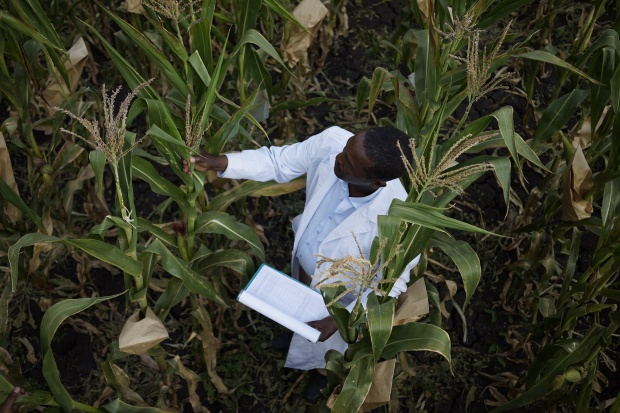 Think about the last food you ate. Maybe it was a meal or maybe you’re snacking on something right now. Have you ever considered the amount of effort that has gone into plant and animal breeding to produce that food? The wheat that was ground into flour for your bread, the latest variety of apple, and the milk you’ve added to your coffee—even the coffee itself—have all been made possible through scientists improving crops and animals to produce more and withstand a wider range of weather conditions, pests and diseases.

The Green Revolution in India refers to a period when Indian agriculture was converted into an industrial system due to the adoption of modern methods and technology. This was part of the larger Green revolution endeavor initiated by Norman Borlaug, which leveraged agricultural research and technology to increase agricultural productivity in the developing world.

These plant and animal breeders are unsung heroes of our day. Although there have been criticisms lodged against the Green Revolution and its outcomes, it’s widely acknowledged that scientists such as M.S. Swaminathan and Norman Borlaug helped saved millions of lives through new varieties during India’s Green Revolution. We are now facing a similar challenge of increasing the level of food production because of a growing population and shifting diets under the pressures brought by shifting weather patterns and a changing climate.

How can plant breeders help us this time?

A small group of scientists from a mix of CGIAR Centers who work on anticipating future changes in agriculture met at Bioversity International’s headquarters in Italy to discuss how we can help breeders anticipate possible future needs and provide information to help them prioritize their efforts to meet those needs.

The group identified several key gaps that stand in the way of these endeavors. The gaps can be clustered into five main areas that offer room for improvement in work on breeding:

Despite a good discussion on the identification of these gaps and strategies to overcome them, there are major, almost philosophical questions that cannot be answered by a single group of scientists but which will require examining, related to the desired future directions of the CGIAR system as a whole. These include questions such as:

There are no easy answers to these questions, but discussing and debating them within and across Centers can help CGIAR look toward the future and play a much-needed role in the adaptation of crops and livestock to the changing climate.