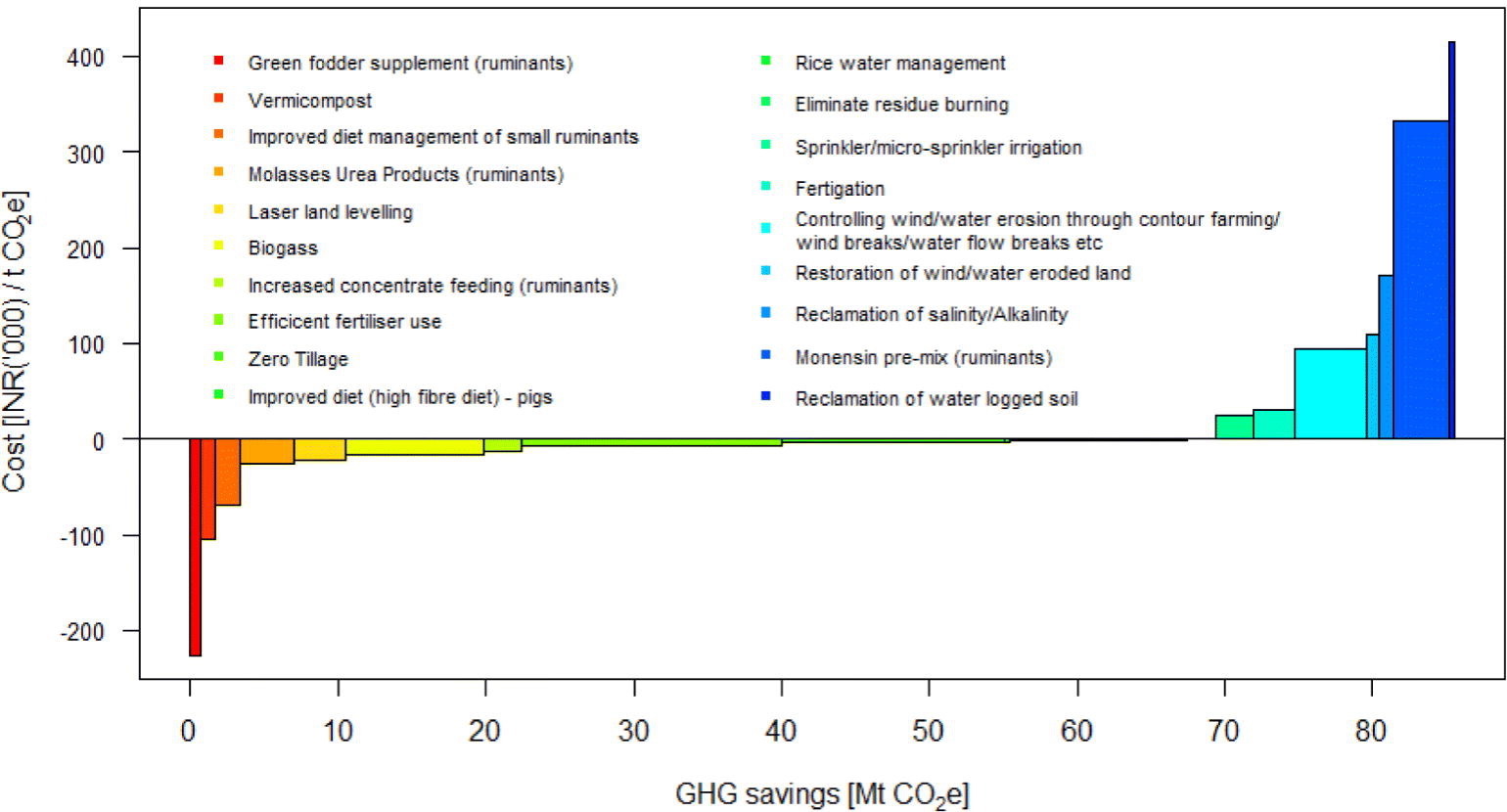 India could reduce its greenhouse gas emissions from agriculture by almost 18 percent through the adoption of mitigation measures, according to a new study. Three improved farming practices would account for more than half of these emission reductions, researchers say: efficient use of fertilizer, zero tillage and better water management in rice farming.

In an article published in Science in the Total Environment, scientists estimate that, by 2030, “business-as-usual” greenhouse gas emissions from the agricultural sector in India would be 515 MtCO2e per year. The study indicates that Indian agriculture has the potential to mitigate 85.5 Megatonne CO2 equivalent (MtCO2e) per year without compromising food production and nutrition. Considering the 2012 estimates of 481 MtCO2e, that would represent a reduction of almost 18 percent. Researchers suggest mitigation options that are technically feasible but will require government efforts to be implemented at scale.