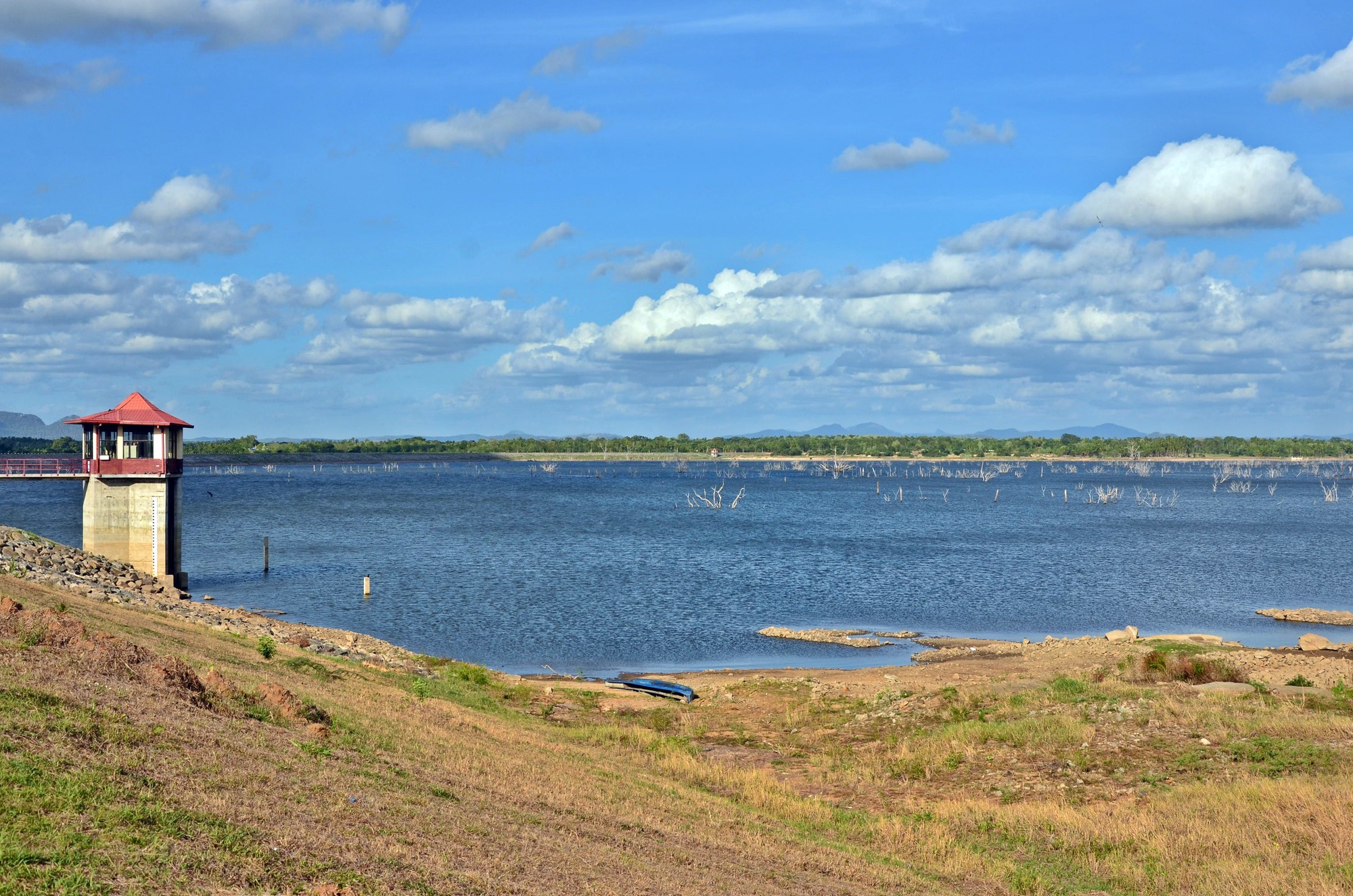 With every record-breaking summer or unprecedented weather event, the need to understand and reduce our carbon emissions grows increasingly urgent. But not all greenhouse gases come from smokestacks and exhaust pipes. From methane bubbles to carbon dioxide diffusion, our planet’s freshwater systems are a significant, if under recognized, source of carbon. How can we better quantify these freshwater emissions? And is there anything we can to do to mitigate them?

These questions were explored during NEXUS Gains’ latest webinar, “Carbon emissions from inland water”. The event, held on December 8, was the seventh in a series introducing NEXUS Gains and its aim to realize multiple benefits across water, energy, food and the environment. It was facilitated by Matthew McCartney, Research Group Leader in Sustainable Water Infrastructure and Ecosystems at the International Water Management Institute (IWMI) and NEXUS Gains Lead.

A partial picture for water emissions

The first presentation was from Bunyod Holmatov, Researcher in Data Analysis and Water Management Innovation at IWMI. He stressed the central importance of freshwater and freshwater emissions to nexus thinking. “The water, energy and food sectors are all drivers of climate change and are at risk from its impacts,” he noted. “However, while there is plenty of data and reporting on the climate impacts of energy production and agriculture, we still only have a partial picture of emissions coming from water.”

Part of this uncertainty, Bunyod explained, arises from the complexity of carbon emissions from inland water: “Freshwater habitats can act as both sources and sinks, and their characteristics are often altered by human activity. Untangling natural and human-influenced emissions is especially difficult.”

Bunyod went on to highlight the three main sources of inland water carbon emissions. Freshwater habitats such as streams and rivers are big emitters, releasing roughly 1,800 metric tons of carbon into the atmosphere every year through predominantly natural processes. The other two sources are largely anthropogenic: water management infrastructure, such as dams and reservoirs, and water management practices, including water pumping and rice paddy farming. Rice paddies in particular are major sources of carbon, responsible for 31 metric tons of methane emissions.

The carbon footprint of reservoirs

Nishadi Eriyagama, Water Resources Engineer at IWMI, then took a more in-depth look at carbon dioxide and methane emissions from artificial reservoirs. Sediments, organic content in flooded soils and decomposition of submerged organic matter, such as trees, are among the sources of such gases. These gases then rise to the surface, where they enter the atmosphere via a process known as diffusive flux. Methane can also bubble to the surface along the shallow fringes of a reservoir, and additionally can be emitted from the water leaving the reservoir via an outlet at a lower level.

Although the causes of these emissions are fairly well understood, Nishadi stressed that quantifying emissions remains a challenge. “Field sampling is accurate, but expensive and time-consuming,” she said. “On the other hand, using regional averages is simpler, but may not capture the emission characteristics of individual reservoirs.” Fortunately, new tools such as the International Hydropower Association’s freely available G-res tool are being developed to comprehensively assess reservoir emissions without the need for field sampling.

These presentations were then explored in more depth in a panel discussion. Amgad Elmahdi, Water Sector Lead at the Green Climate Fund, emphasized the work that still needs to be done to refine our understanding of inland water emissions. “There are still gaps in our knowledge, especially for dry inland waterways,” he said. “For the Green Climate Fund to really understand the carbon footprint of the water sector and assess projects accurately, we need more data and analysis.”

Wei Zhang, a Senior Research Fellow at the International Food Policy Research Institute and Co-Lead of CGIAR’s Mitigate+ Initiative, reiterated the intricate nature of inland water emissions. “It’s clear we need to integrate inland water into climate action and mitigation,” she said. “But we need tools to assess spatial and temporal variations in emissions, so that we can tailor actions and predict outcomes. And this needs to be reflected in an adaptive and dynamic policy framework that builds on the best data available.”

Positive developments in a challenging field

Manjeet Dhakal, Director of Climate Analytics’ South Asia Office, reminded the panel of “the struggle that some countries are facing in developing funding proposals for climate action in the water sector.” Referring to his native Nepal, he noted that data for inland water systems, such as river flow patterns, is often partial or missing. “The result,” he concluded, “is that funding proposals are often put on hold for years. We shouldn’t have this situation where countries bearing the brunt of climate change, like Nepal, are then required to justify why they need funds for climate action.”

Despite these challenges, there have also been positive developments. Amgad Elmahdi pointed out that the Green Climate Fund has recently released a set of water project design guidelines, providing detailed information on developing water projects and securing climate finance. Bunyod Holmatov cited a study on lift irrigation in Uzbekistan that encouraged the Uzbekistani Government to adopt more efficient water pumping practices – reducing water extraction, energy use and greenhouse gas emissions.

You can also catch up on previous webinars in this series on YouTube: