Connecting the dots for implementing Nationally Determined Contributions in agriculture 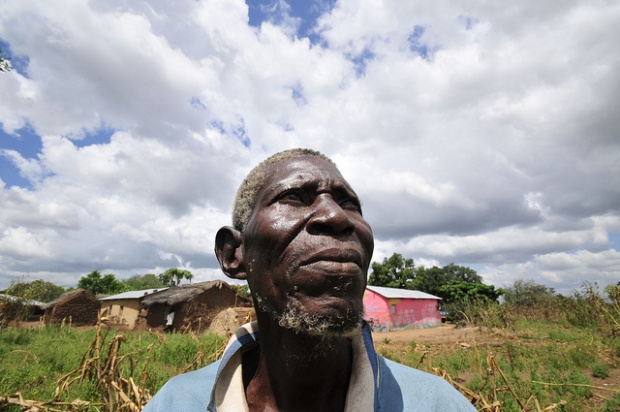 As part of the Paris Agreement, countries that have signed on have pledged to reduce greenhouse gas (GHG) emissions based on their country context. The reductions will come from many sectors, including agriculture. Adaptation measures are also included in many Nationally Determined Contributions (NDCs).

A training workshop on implementing Nationally Determined Contributions (NDCs) in the agriculture sector took place in Dakar, Senegal, at the beginning of October to help countries plan the way forward. As part of the agenda of the New Partnership for Africa’s Development (NEPAD) Planning and Coordination Agency funded by the Deutsche Gesellschaft für Internationale Zusammenarbeit (GIZ), the workshop was delivered by the CGIAR Research Program on Climate Change, Agriculture and Food Security (CCAFS) with the involvement of scientists from CGIAR and experts from national climate change-related institutions.

National level ministry staff from agriculture, planning, finance and the environment came together to discuss the landscape of climate finance for agriculture, the involvement of the private sector, tools for priority setting, and overcoming challenges to measurement, reporting and verification (MRV) of GHG. Benin, Burkina Faso, Cote d’Ivoire, Mali, Niger, Senegal, and Togo were all represented, and the workshop was conducted in French.

The importance of coordination mechanisms within governments came out clearly during the workshop. NDC development and implementation requires the involvement of a multitude of actors, including, but not limited to, input suppliers, agro-processors, financial institutions, agricultural research institutes, civil society, and government stakeholders. The existence of a formal institutional framework for climate change action within each country was cited as one of the key mechanisms for meeting the coordination challenge. Successful examples are the science-policy dialogue platforms put in place in CCAFS intervention countries, for example, in Senegal.

The workshop participants also exchanged additional lessons from their own country experiences in an effort to learn from each other. Political will is a must-have for achieving the targets set, and a participatory process for the involvement of all stakeholders was also listed as a top lesson. Although we are used to working within our narrow sectoral areas, meeting NDC targets requires reaching across boundaries to get the involvement of researchers and the Ministry of Finance, among others.

Support from West African regional institutions, such as the Economic Community of West African States (ECOWAS) and the Permanent Interstate Committee for Drought Control in the Sahel (CILSS), was also noted as critical to the success of country NDCs. Regional institutions are expected to enhance enabling conditions for dialogue and foster the exchange of experiences.

Despite the challenges faced, such as the availability and reliability of data for GHG inventories, the participants went home with a sense of optimism for implementing NDCs in agriculture. Armed with a better understanding of the landscape of climate finance, the possibilities of climate-smart agriculture, and awareness of several priority setting tools, they are better equipped for the challenges ahead.