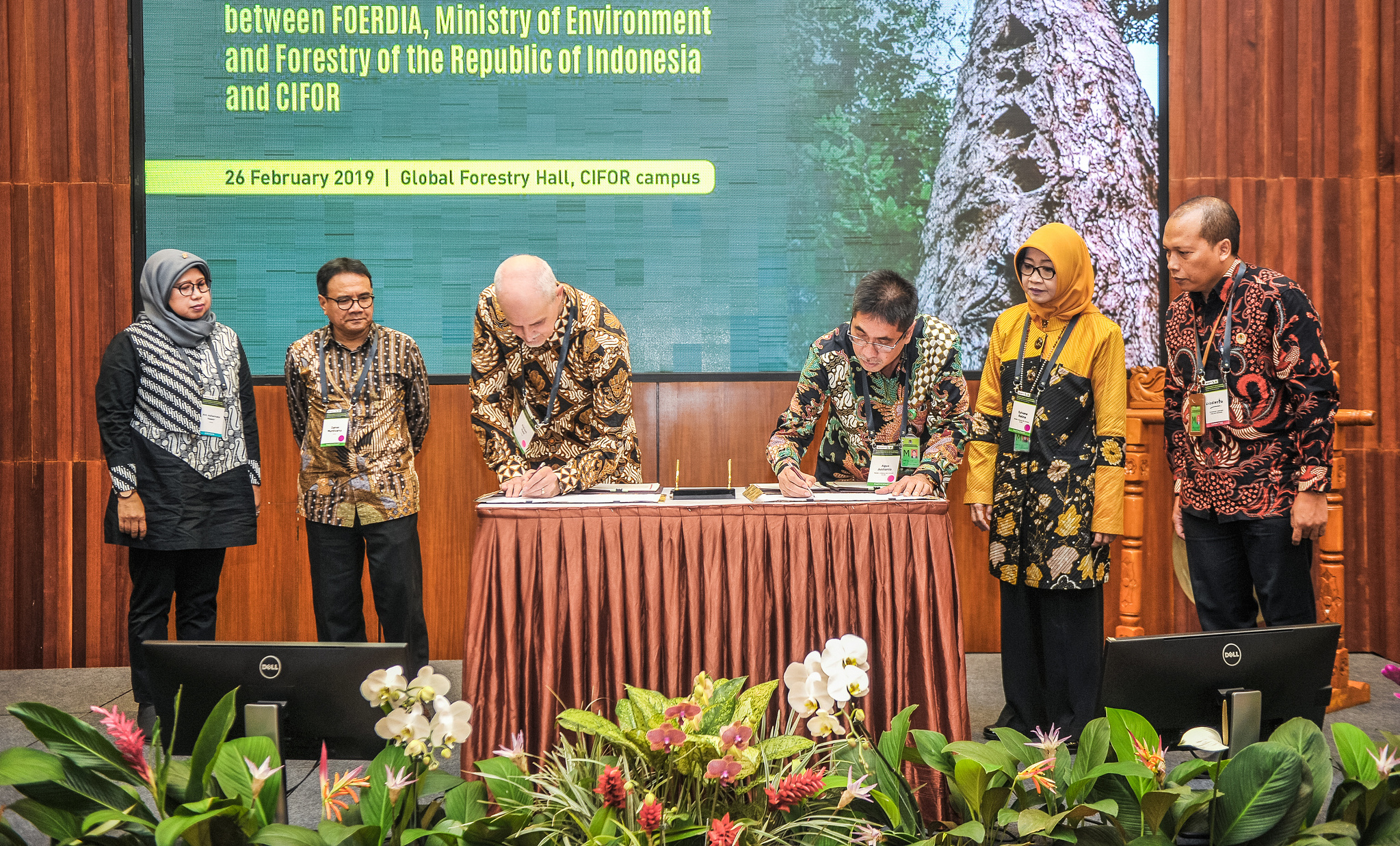 “Forests and forest resources are crucial for Indonesia and the world fighting climate change,” said Director-General of Center for International Forestry Research (CIFOR), Robert Nasi, in his opening address at the signing of the Memorandum of Understanding with CIFOR and the Indonesian government last week.

Since 1997 CIFOR has called Indonesia its home. The sprawling country, spread over 17,000 islands, provides a rewarding base for forest researchers. It’s home to the world’s third largest rainforest, has half of the world’s peatlands and a quarter of its mangroves. All of these have provided the world with carbon sinks for millennia. Now, whether they mitigate or accelerate climate change- brought about when their centuries-old stored carbon is released into the atmosphere on their destruction – lies in their immediate management.

“Every aspect of forestry is political activity,” says Minster of Environment and Forestry, Siti Nurbaya Bakar, who says that experts and policymakers ‘mutually construct’ policy. “I expect both parties will mobilize science into action and also translate international movements for people’s welfare…”

A NEW PARADIGM IN SOCIAL FORESTRY

In a presentation charismatically delivered by Dr. Bambang Supriyanto, Director General of Social Forestry and Environmental Partnership, he stressed the lack of equity in current forest ownership. Out of 120 million hectares of forest cover in Indonesia, 42 million is assigned to concessions – largely timber and oil palm plantations. Over 95 percent of that is managed by the private sector, with communities responsible for the remainder. To Supriyanto, this is less than fair…

THE OPENING OF THE PEATLANDS SECRETARIAT

Before the event came to a close, Nasi and Justianto headed to cut the ribbon on the newly established International Tropical Peatlands Center (ITPC) on CIFOR’s campus in Bogor.