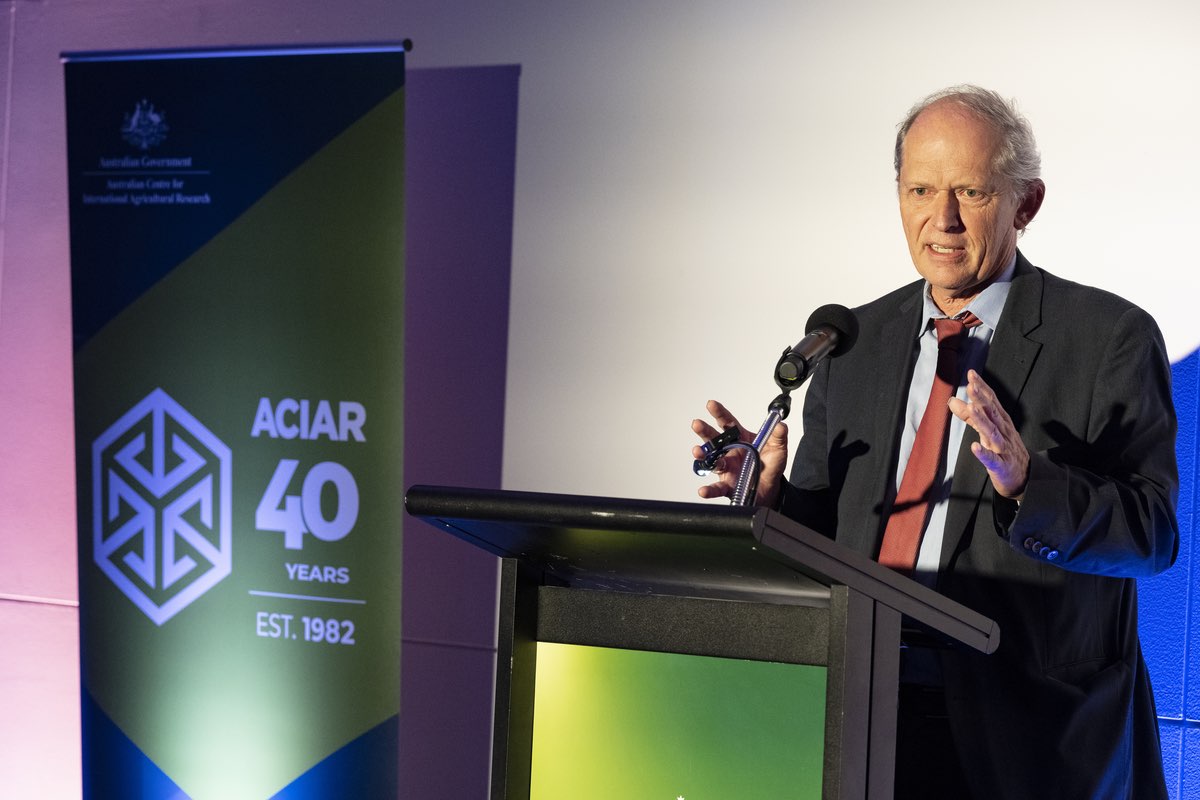 CGIAR’s System Council (SC), the strategic decision making body of the CGIAR System that brings together the voices of country and regional constituencies and funders, together with representatives of CGIAR Centers and key partnerships, recognized achievements made in CGIAR’s integration process, and stressed the importance of consolidating and building on those key changes to “unlock CGIAR’s full potential”.

“A united and integrated CGIAR is uniquely placed to deliver the science and innovation that can enable farmers across the global South to deliver food and nutrition security for all,” the System Council confirmed at the close of its 17th meeting held in Brisbane on November 2-3, 2022. “As the CGIAR System Council, we are united in our support.”

Speaking at an event immediately following the close of the System Council’s meeting, Australia’s Minister for Agriculture, Senator the Hon. Murray Watt, spoke about the importance of CGIAR’s impact, noting that Australia has been a partner and investor in CGIAR for fifty years. “The distributed international Research Centers and the CGIAR System as a whole, are vital assets as the world faces another food crisis, driven by climate, COVID-19 and conflict,” he said.

“CGIAR plays an important role in the global innovation system in agriculture, fisheries, forestry and water management. I’m proud of the role Australia has played in the CGIAR, historically and today,” Watt added.

The System Council Chair, Dr. Juergen Voegele, who serves as the World Bank’s Vice President for Sustainable Development, also highlighted the grave external environment in his SC17 Chair’s Summary, saying, “We convened at a pivotal moment for the world – the stalling of decades of progress in poverty reduction and economic growth… The world needs a CGIAR that is fit for purpose to drive the transformation of food, land, and water systems in a climate crisis. We have an obligation to step up and show the world that we can come together to meet the challenges of the 21st century”.

He urged participants of the Brisbane meetings to “move us beyond mere incremental conversations, remove roadblocks, stimulate new funding and deliver results”.

The System Council welcomed efforts to conclude an Integrated Framework Agreement (IFA) that is designed to capture what has been agreed to date and provide clarity on the way forward. The intended signing date of the agreement is in the next four to six weeks.

“We have reached a point of no return on CGIAR’s integration journey, and confirm that One CGIAR remains the most compelling way forward,” the published ‘Brisbane moment’ message from the System Council said. “There is strong and overwhelming support from the System Council for the Parties to the IFA to sign the IFA before the end of the calendar year.”

Voegele welcomed interventions from several host country and regional constituency members, including host countries of CGIAR Centers, who confirmed that issues with the integration that had previously caused concern for host governments had been resolved, paving the way for the next phase of the reform.

Claudia Sadoff, CGIAR’s Executive Managing Director, addressed the System Council, saying, “We remain deeply committed to our vision that everyone on the planet has equitable and affordable access to the food they need for a healthy diet. Only a united, efficient and effective CGIAR can deliver on that vision and equip smallholder farmers everywhere with the transformational research and innovation they need.”