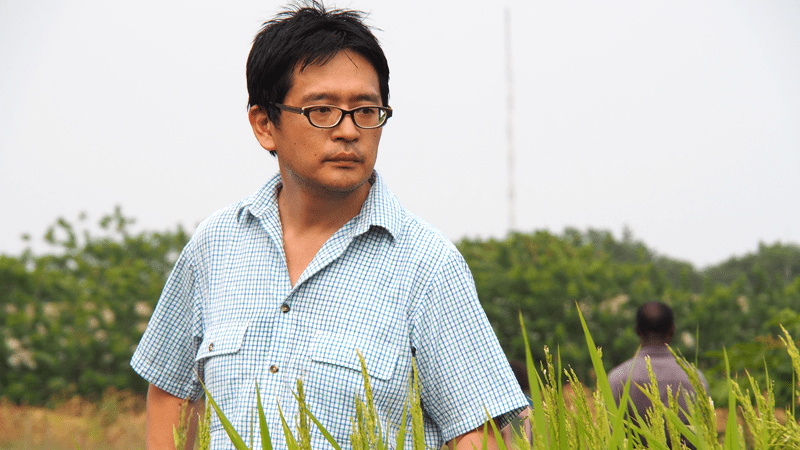 Dr Kazuki Saito, Africa Rice Center (AfricaRice) Agronomist, has been named the 21st Century Hope Prize laureate of the 7th Niigata International Food Award. He was selected for this prestigious award in recognition of his significant scientific achievements geared toward practical applications that contribute to enhancing sustainable productivity of rice-based farming systems and farmers’ livelihood in sub-Saharan Africa.

The Niigata International Food Award of Japan honors those whose brilliant achievements greatly contribute to the peace and wellbeing of the world by improving the quantity and quality of food, or by improving our understanding of the role it plays in our health.

The ‘21st Century Hope Prize,’ which is one of the three categories of the Niigata International Food Award, recognizes scientists who have made significant contributions in joint research and development activities and experiments in practical application that benefit society and have potential for success and impact.

Thanking the Selection Committee, his mentors and colleagues, Dr Saito said, “I am deeply honored and moved by this recognition, especially because of its strong link to agriculture and to Niigata, which is my hometown.” Niigata Prefecture in Japan is renowned for its superior quality rice and has traditionally been a hub for farming and food industries.

“On behalf of AfricaRice, it gives me immense pleasure to congratulate Dr Saito on this well-deserved recognition for his significant scientific achievements,” , said Dr Harold Roy-Macauley, AfricaRice Director General and CGIAR Managing Director for Regions & Partnership. “He has shown determination and leadership in conducting field research which are delivering outputs, outcomes and impacts in many areas that are making a difference in the lives of African rice farmers.”

One such impressive output is the development and deployment of RiceAdvice, an Android-based decision-support mobile application that provides customized, field-level recommendations for fertilizer management. Farmers applying RiceAdvice recommendations can increase their yields by about 20% (730 kg/ha) and profits by 23% (US$ 275/ha).

Dr Saito has also been the driving force behind the establishment of a framework to guide the identification of determinants of rice productivity and rice yield gaps across rice-growing environments in sub-Saharan Africa. His findings have served as a foundation for the development of new varieties that are helping to raise rice productivity and farmers’ livelihoods in sub-Saharan Africa.

He led a multi-institutional Flagship Project on Sustainable farming systems as part of the CGIAR Research Program on RICE and was the coordinator of the Africa-wide Rice Agronomy Task Force involving scientists from 21 countries in sub-Saharan Africa aiming to develop and out-scale improved agricultural practices in rainfed and irrigated rice-based systems.

Dr Saito has received several awards, including the Louis Malassis Young Promising Scientist Prize in 2015. He has published widely with more than 100 scientific papers in peer-reviewed journals and book chapters. Currently, while continuing to work for AfricaRice, he is a visiting fellow at the Japan International Research Center for Agricultural Sciences (JIRCAS), and a part-time lecturer at Tokyo University of Agriculture and Technology, Japan.