From vulnerability to agency in climate adaptation and mitigation 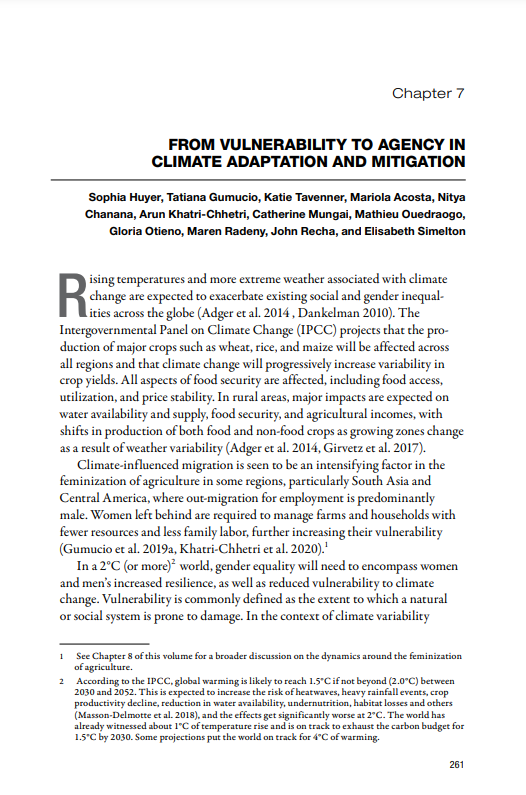 The Intergovernmental Panel on Climate Change (IPCC) projects that the production of major crops such as wheat, rice, and maize will be affected across all regions and that climate change will progressively increase variability in crop yields. All aspects of food security are affected, including food access, utilization, and price stability. In rural areas, major impacts are expected on water availability and supply, food security, and agricultural incomes, with shifts in production of both food and non-food crops as growing zones change as a result of weather variability (Adger et al. 2014, Girvetz et al. 2017).

Climate-influenced migration is seen to be an intensifying factor in the feminization of agriculture in some regions, particularly South Asia and Central America, where out-migration for employment is predominantly male. Women left behind are required to manage farms and households with fewer resources and less family labor, further increasing their vulnerability (Gumucio et al. 2019a, Khatri-Chhetri et al. 2020).