A review of varietal change in roots, tubers and bananas: consumer preferences and other drivers of adoption and implications for breeding 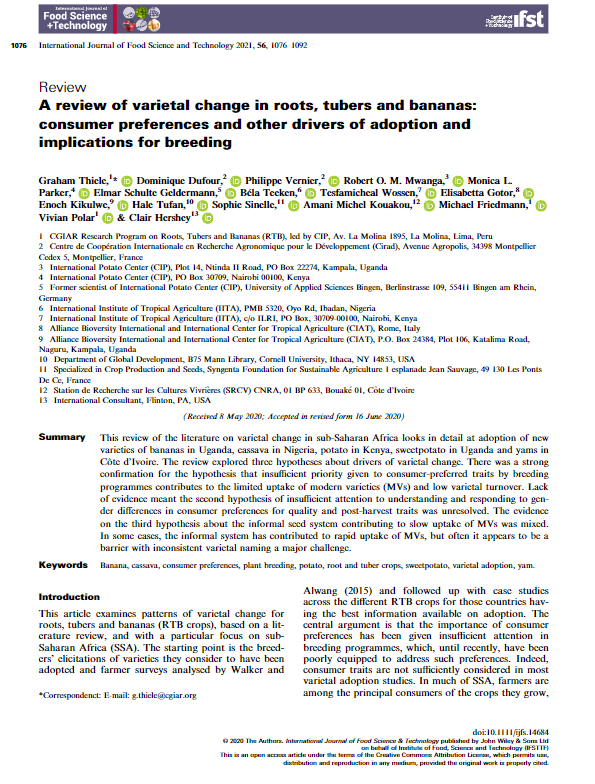 This review of the literature on varietal change in sub-Saharan Africa looks in detail at adoption of new varieties of bananas in Uganda, cassava in Nigeria, potato in Kenya, sweetpotato in Uganda and yams in Côte d’Ivoire. The review explored three hypotheses about drivers of varietal change. There was a strong confirmation for the hypothesis that insufficient priority given to consumer-preferred traits by breeding programmes contributes to the limited uptake of modern varieties (MVs) and low varietal turnover.

Lack of evidence meant the second hypothesis of insufficient attention to understanding and responding to gender differences in consumer preferences for quality and post-harvest traits was unresolved. The evidence on the third hypothesis about the informal seed system contributing to slow uptake of MVs was mixed. In some cases, the informal system has contributed to rapid uptake of MVs, but often it appears to be a barrier with inconsistent varietal naming a major challenge.