Towards an early warning system for wheat blast: epidemiological basis and model development 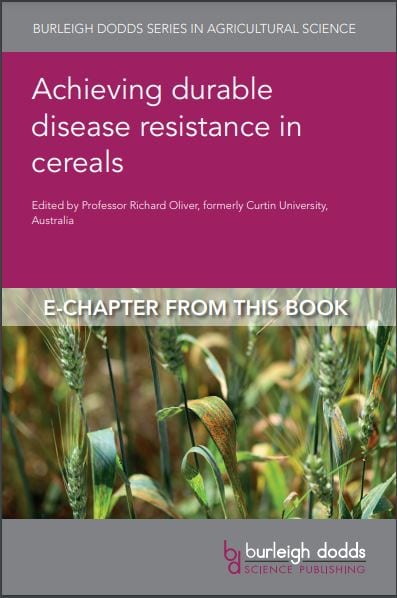 Wheat blast is caused by the fungus Pyricularia oryzae Triticum pathotype (PoT). Significantly damaging wheat blast epidemics are sporadic and limited to tropical wheat growing areas in South America. Unexpectedly, wheat blast was reported in Bangladesh and Zambia in 2016 and 2020, respectively. The urgent need to deal with a poorly studied disease has mobilized the scientific community. Original research and reviews have been published in various venues. Nevertheless, disease control is still a difficult task. Much less research has, however, focused on crucially important and complex ecological interactions at the field, landscape, or regional levels. This chapter reviews aspects of the epidemiology of wheat blast, mainly those related to inoculum and its role for the epidemics. It then describes the models that have been developed by the authors as well as the decision support system. Examples of the implementation of a warning system in Bangladesh and Brazil are also illustrated.