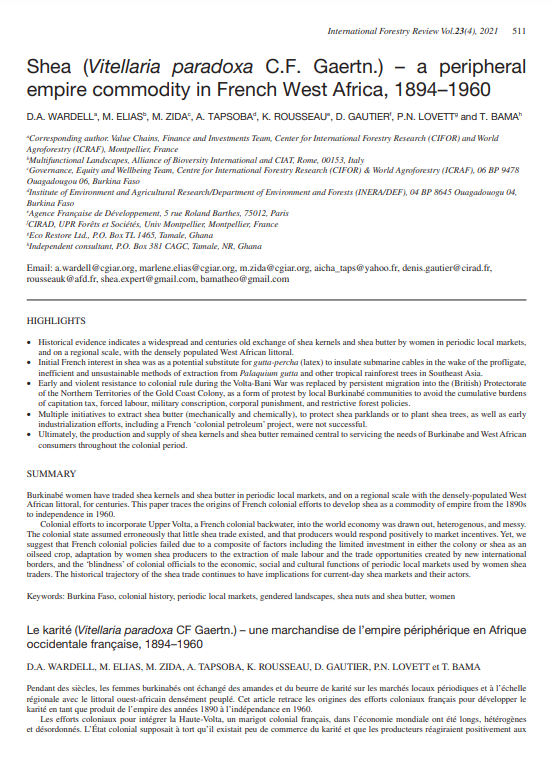 Burkinabé women have traded shea kernels and shea butter in periodic local markets, and on a regional scale with the densely-populated West African littoral, for centuries. This paper traces the origins of French colonial efforts to develop shea as a commodity of empire from the 1890s to independence in 1960.

Colonial effo rts to incorporate Upper Volta, a French colonial backwater, into the world economy was drawn out, heterogenous, and messy. The colonial state assumed erroneously that little shea trade existed, and that producers would respond positively to market incentives. Yet, we suggest that French colonial policies failed due to a composite of factors including the limited investment in either the colony or shea as an oilseed crop, adaptation by women shea producers to the extraction of male labour and the trade opportunities created by new international borders, and the ‘blindness’ of colonial officials to the economic, social and cultural functions of periodic local markets used by women shea traders. The historical trajectory of the shea trade continues to have implications for current-day shea markets and their actors.