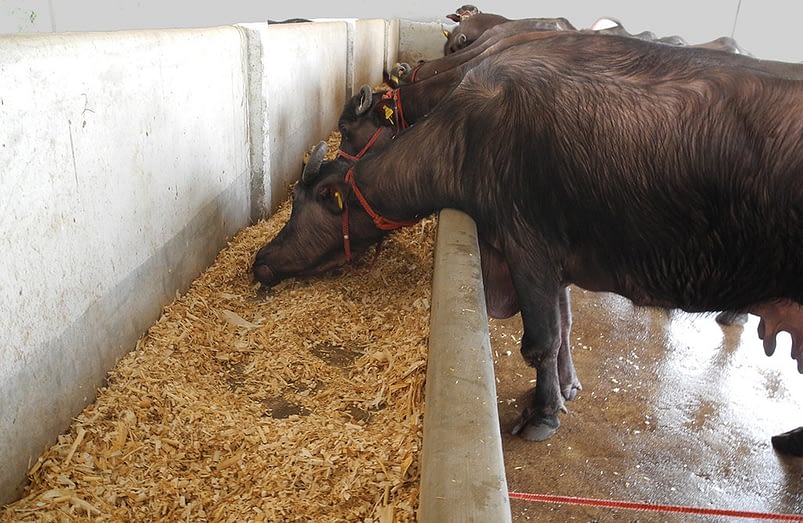 Researchers from the International Maize and Wheat Improvement Center (CIMMYT) and the International Livestock Research Institute (ILRI) have identified new genomic regions associated with maize stover quality, an important by-product of maize which can be used in animal feed.

The results of the study, published this month in Nature Scientific Reports, will allow maize breeders to select for stover quality traits more quickly and cost-effectively, and to develop new dual purpose maize varieties without sacrificing grain yield.

The researchers screened diverse Asia-adapted CIMMYT maize lines from breeders’ working germplasm for animal feed quality traits. They then used these as a reference set to predict the breeding values of over a thousand doubled haploid lines derived from abiotic stress breeding programs based on genetic information. Based on these breeding values, the scientists further selected 100 of these double haploid lines and validated the performance of stover quality traits through field-based phenotyping.

The results demonstrate the feasibility of incorporating genomic prediction as a tool to improve stover traits, circumventing the need for field or lab-based phenotyping. The findings significantly reduce the need for additional testing resources — a major hindrance in breeding dual-purpose maize varieties.

Interestingly, the researchers found that increased animal feed quality in maize stover had no impact on grain yield, a concern raised by scientists in the past.

“The main purpose of this study and overall purpose of this CIMMYT and ILRI collaboration was to optimize the potential of maize crops for farm families, increase income, improve livelihoods and sustainably manage the crop livestock system, within limited resources,” said P.H. Zaidi, a maize physiologist at CIMMYT and co-author of the study.

“More than 70% of the farmers in the tropics are smallholders so they don’t have a lot of land to grow crops for grain purposes and separate stover for animal feed, so this is a very sustainable model if they grow dual purpose maize.”

By growing maize simultaneously for both human consumption and animal feed, farmers can get the most out of their crops and conserve natural resources like land and water.

The findings from this study also validate the use of genomic prediction as an important breeding tool to accelerate the development and improvement of dual-purpose maize varieties, according to CIMMYT Maize Breeder and first author of the study, M.T. Vinayan.

With the demand for animal feed increasing around the world, crop scientists and breeders have been exploring more efficient ways to improve animal feed quality in cereals without compromising grain yields for human consumption.

“Not all maize varieties have good stover quality, which is what we realized when we started working on this project. However, we discovered that there are a few which offer just as good quality as sorghum stover — a major source of livestock fodder particularly in countries such as India,” said Zaidi.

The publication of the study is a fitting tribute to the late Michael Blummel, who was a principal scientist and deputy program leader in the feed and forage development program at ILRI and co-author of this study.

“A couple of years back Dr Blummel relocated from the Hyderabad office at ILRI to its headquarters at Addis Ababa, but he used to frequently visit Hyderabad, and without fail met with us on each visit to discuss updates, especially about dual-purpose maize work. He was very passionate about dual-purpose maize research with a strong belief that the additional income from maize stover at no additional cost will significantly improve the income of maize farmers,” Zaidi said. “Michael was following this publication very closely because it was the first of its kind in terms of molecular breeding for dual purpose maize. He would have been very excited to see this published.”