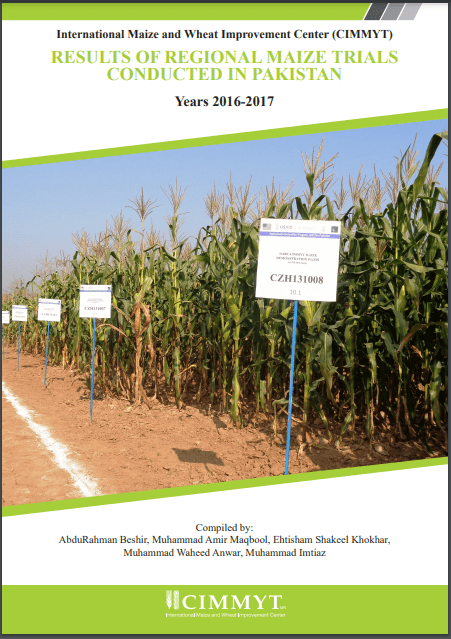 Maize is Pakistan’s third important cereal following wheat and rice. The diversified agroecology of Pakistan is suitable for tropical and temperate maize. It is cultivated on about 1.3 million hectares with an average productivity of 4.7 tons ha-1, which is among the highest in the South Asia (ESP, 2019). In 2018-19 Pakistan annual maize production was 6.3 million metric tons. The productivity shows a 7% increase as compared to previous year. The surge in the production is associated with the deployment of hybrid maize seed, mostly imported by the local and multinational seed companies. The UN data also reported a steep increase in the import of maize seeds which cost almost 80 million USD for year 2018-19. The import hybrid maize seed made the retail price of seed in Pakistan (currently US $ 6-8 kg) very high compared to prices in other South Asian countries. Apart from high retail price, Pakistan’s maize genetic diversity is very limited. It is not well-matched to the heterogeneous agroecology of Pakistan and diverse human and industrial needs. The International Maize and Wheat Improvement Center (CIMMYT) in collaboration with 22 public and private partners established maize evaluation and deployment network to enhance availability, affordability and accessibility of improved maize varieties in Pakistan. This initiative was supported by the United States Agency for International Development (USAID) under the Agricultural Innovation Program (AIP) for Pakistan. CIMMYT’s regional maize trials were acquired from Central, Latin America and Southern Africa breeding hubs and evaluated in the maize growing regions of the country. This data book shares the analysis results of multi-location trials of maize conducted in different (spring & kharif) seasons during 2016-2017 across Pakistan in collaboration with public and private partners.