Food security, nutrition and health: implications for maize and wheat research and development 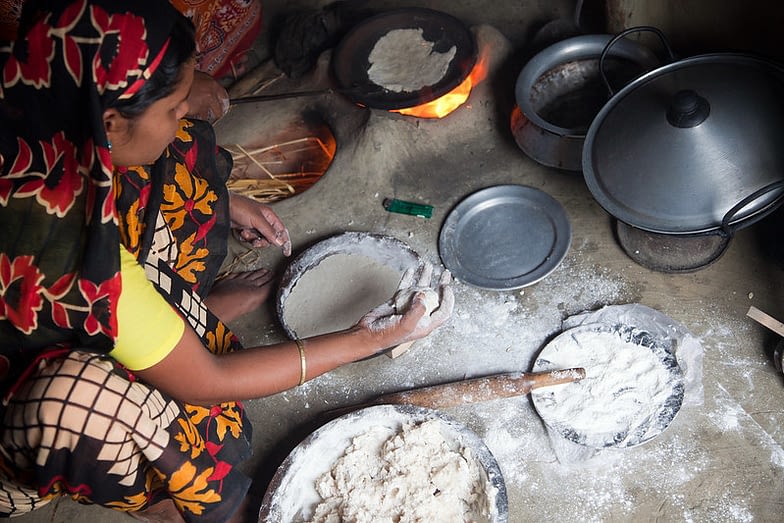 Popular starchy staples maize and wheat provide more than simple dietary energy, but they are often found at the center of debates around the excessive consumption of carbohydrates.

While the nutrient contribution of whole grains is commonly emphasized in dietary guidelines, the milling and subsequent processing of cereal products tends to reduce or remove much of the important protein, fat, vitamin and mineral content, and in recent years there has been increasing concern about the ultra-processing of cereal-based food products containing noxious dietary components that exacerbate the occurrence of non-communicable diseases.

For these reasons — and because of the focus on energy content — maize and wheat are not often considered to be among the categories of “nutrient-rich” foods that can contribute to reducing micronutrient malnutrition. Consequently, it is unsurprising that a popular perception that cereals make a limited contribution to nutritious diets persists. This view has not been successfully challenged by a necessarily nuanced understanding of the complex role of cereals, and particularly the carbohydrate fractions, in human nutrition.

“In addition to the hidden micronutrients, there is sound scientific and popular awareness of the importance of some dietary components such as dietary fiber,” says Nigel Poole, Emeritus Professor of International Development at the School of Oriental and African Studies (SOAS).

“Though there is as yet imperfect scientific understanding and public awareness of the carbohydrates which make up dietary fiber,” he explains, “biomedical research continues to highlight the importance of carbohydrates in health and well-being. Moreover, there is a need for further knowledge on the nature and roles of many other bioactive food components that are not usually considered to be nutrients.”

These bioactives are substances such as carotenoids, flavonoids, and polyphenols. Most of the beneficial effects of the consumption of whole grain cereals on non-communicable diseases are currently attributed to the bioactive components of dietary fiber and the wide variety of phytochemicals.

A growing body of evidence from cereal chemistry, food science and metabolic studies shows that the bioactives in cereals are important for nutrition, health and well-being. In a new working paper authored in collaboration with the International Maize and Wheat Improvement Center (CIMMYT), Poole demonstrates that there is considerable potential for plant breeding strategies to improve these elements of grain composition. This could be done through exploiting natural variation, genetic and genomic selection methods, and mutagenesis and transgenesis in order to modify cell wall polysaccharides, and specifically to improve the starch composition and structure in breeding material through natural and induced mutations.

Rebalancing the agri-nutrition research agenda, Poole argues, is necessary in order to explore, explain and exploit the contribution to diets of hitherto less-researched nutrient-dense crops and other foods. Nevertheless, because of the quantities in which cereals are consumed, the nutritional contribution of cereals in addition to energy complements the consumption of micronutrient-rich fruits, vegetables, nuts and pulses in diverse diets.

To leverage the bioactive content of cereals — including dietary fiber — as well as the macro- and micronutrient content, a comprehensive approach to food and nutrition systems from farm to metabolism is needed, spanning research disciplines and food systems’ stakeholders throughout the agri-food industries, and embracing policy makers, nutrition advocacy, and consumer education and behavior change.

Nigel Poole conducted research for this paper during a year-long Visiting Fellowship at CIMMYT, with support from scientists at the institution.