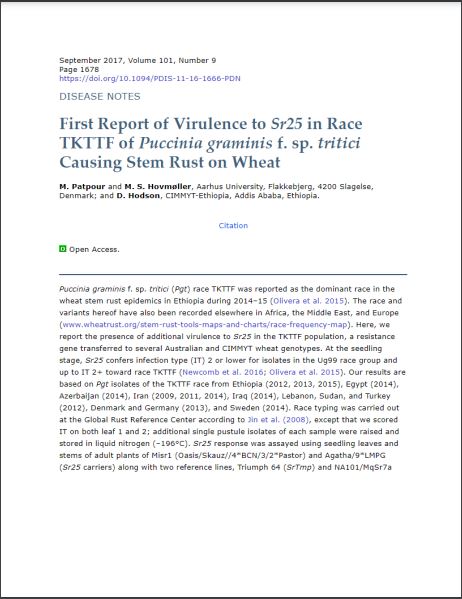 Puccinia graminis f. sp. tritici (Pgt) race TKTTF was reported as the dominant race in the wheat stem rust epidemics in Ethiopia during 2014–15. The race and variants hereof have also been recorded elsewhere in Africa, the Middle East, and Europe. Here, we report the presence of additional virulence to Sr25 in the TKTTF population, a resistance gene transferred to several Australian and CIMMYT wheat genotypes.