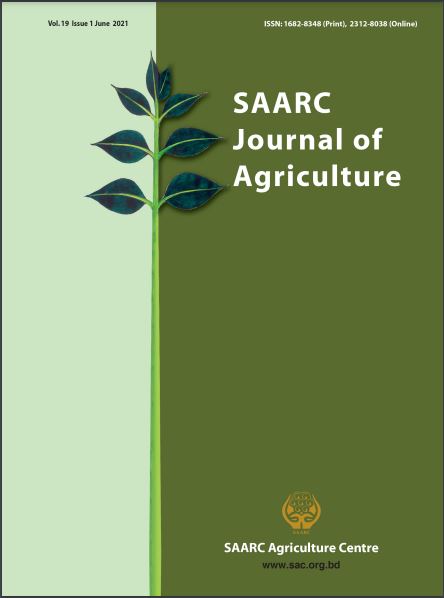 In recent years, National Maize Research Program (NMRP) aimed a paradigm shift from open-pollinated varieties (OPVs) towards hybrid maize to achieve self-sufficiency in maize for food, feed, and hybrid seed within the country. In this mission, it is necessary to identify and deploy high-yielding stress-resilient maize hybrids that can cope with climate change effects, including heat stress. Under the project “Heat Tolerant Maize for Asia (HTMA)”, NMRP introduced the hybrids that performed better in previous years in different environments from International Maize and Wheat Improvement Center (CIMMYT) Hyderabad for multilocation on-farm testing. Fifteen genotypes were evaluated at two locations, two sites in Madi, Chitwan, and one in Ghorahi, Dang, along with Rampur Hybrid-8 as a heat-tolerant check, and RML-86/RML-96 and RML-95/RML-96 as normal checks. Randomized complete block design (RCBD) was used with three replicates during the spring of 2016/17. Likewise, another 20 and 18 promising hybrids were demonstrated during the winter of 2016/17 and 2017/18, respectively, in different hybrid growing pockets considering a site – a replication. Grain yield and yield attributing traits at all locations were recorded. From the across-site data analysis, selected heat-tolerant hybrids from the experiment were CAH1432, ZH15405, ZH141592, and CAH1715 which were statistically at par with promising normal hybrid RML-86/RML-96 and superior to already released heat-tolerant Rampur Hybrid-8. In 2016/17, ZH138098, ZH1620, and VH121062 were farmers’ preferred heat-tolerant hybrids. In 2017/18, Rampur Hybrid-10, ZH141592, CAH1715, and ZH15440 were preferred by farmers. The selected bestbet are taken forward for official release/registration followed by commercialization through a public-private partnership with Nepali seed companies/cooperatives.