Effect of maize processing on amylose-lipid complex in pozole, a traditional Mexican dish 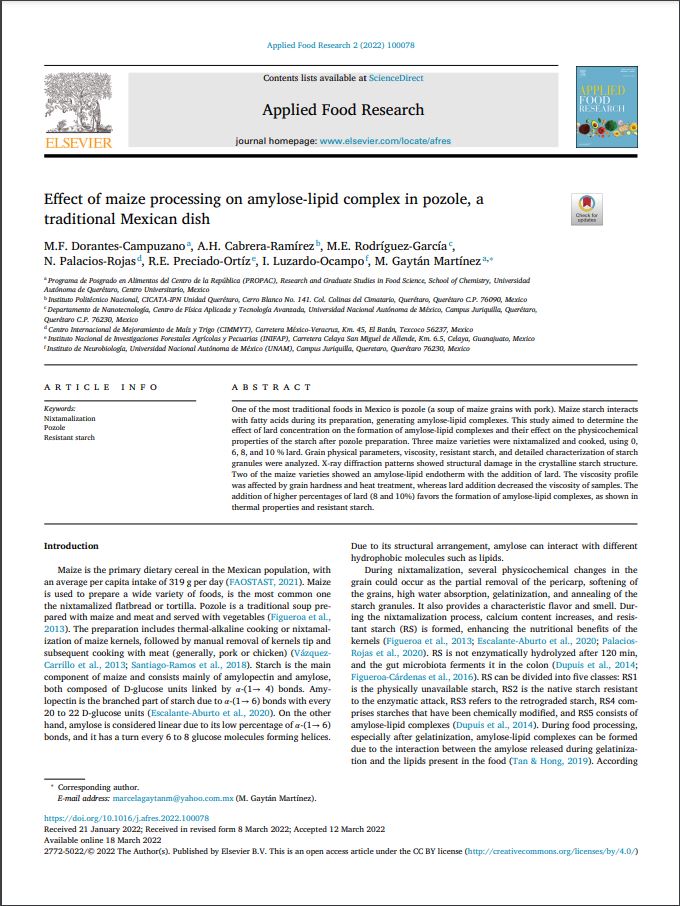 One of the most traditional foods in Mexico is pozole (a soup of maize grains with pork). Maize starch interacts with fatty acids during its preparation, generating amylose-lipid complexes. This study aimed to determine the effect of lard concentration on the formation of amylose-lipid complexes and their effect on the physicochemical properties of the starch after pozole preparation. Three maize varieties were nixtamalized and cooked, using 0, 6, 8, and 10 % lard. Grain physical parameters, viscosity, resistant starch, and detailed characterization of starch granules were analyzed. X-ray diffraction patterns showed structural damage in the crystalline starch structure. Two of the maize varieties showed an amylose-lipid endotherm with the addition of lard. The viscosity profile was affected by grain hardness and heat treatment, whereas lard addition decreased the viscosity of samples. The addition of higher percentages of lard (8 and 10%) favors the formation of amylose-lipid complexes, as shown in thermal properties and resistant starch.