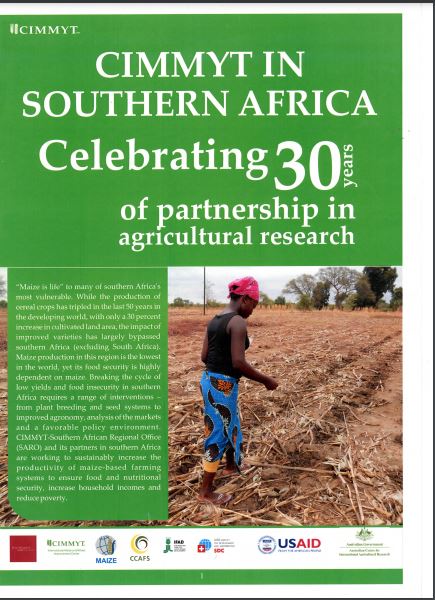 ¨Maize is life” to many of southern Africa’s most vulnerable. While the production of cereal crops has tripled in the last 50 years in the developing world, with only 30 percent increase in cultivated land area, the impact of improved varieties has largely bypassed southern Africa (excluding South Africa). Maize production in this region is the lowest in the world, yet its food security is highly dependent on maize. Breaking the cycle of low yields and food insecurity in southern Africa requires a range of interventions -from plant breeding and seed systems to improved agronomy, analysis of the markets and a favorable policy environment. CIMMYT-Southern African Regional Office (SARO)and its partners in southern Africa are working to sustainably increase the productivity of maize-based farming systems to ensure food and nutritional security, increase household incomes and reduce poverty.