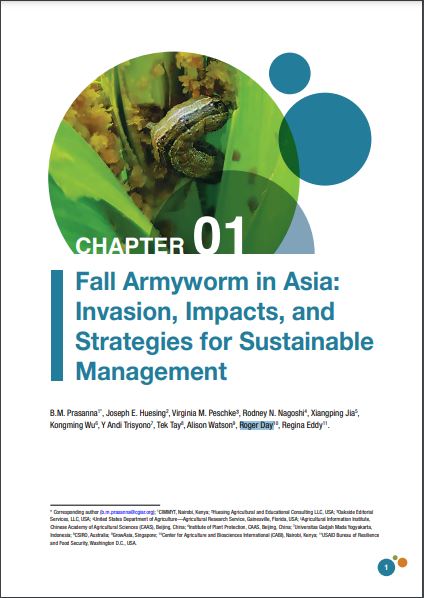 The temporal spread of FAW within several countries in the Asia-Pacific region has been documented over the last two years. Through an extensive study of migration patterns and biometeorological processes, Wu et al. (2019) elucidated the population dynamics of FAW in the Yangtze River Valley located in Central China and comprising 11 provinces. The authors highlighted the importance of the Yangtze River Valley as the source of migrant FAW colonizing Northern China during May to July. They also proposed that the migration of FAW between the Yangtze River Valley (i.e., middle and northern subtropical zones of China) and the tropical and southern subtropical zones of China would form a circuit due to the advance and retreat of the prevailing southerly winds.