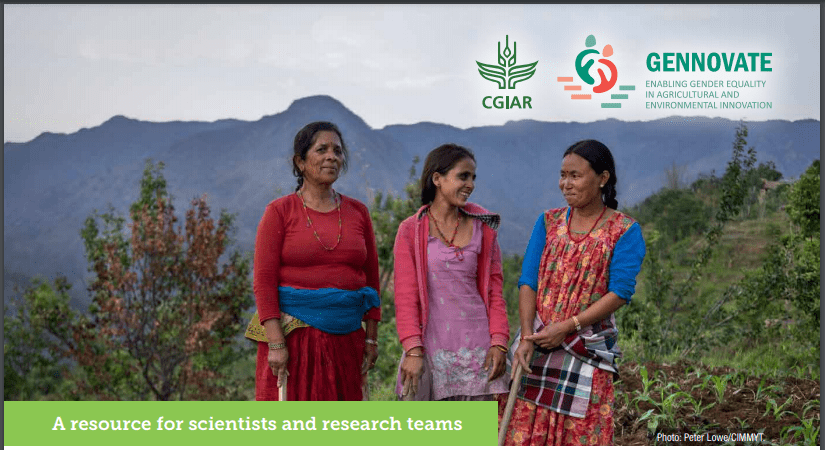 A number of persistent myths slow down agricultural innovation in wheat and maize in Nepal. Myth 1. Men are the main decision makers. Myth 2. Women don’t do much in wheat and maize. Myth 3. Women don’t innovate. Myth 4. Women lack resources for innovation. This technical note provides research evidence debunking these myths. Women’s and men’s roles in wheat and maize are changing rapidly due to high levels of male outmigration, improved educational opportunities, and development activities which promote gender equality and women’s empowerment. Agriculture in Nepal is becoming strongly feminized. Women are working ever longer hours in the field, and, increasingly, taking control over decision making in wheat and maize, including in communities where women have previously been secluded. Understanding and working with women in wheat- or maize-related innovation processes will help to improve the design and relevance of innovations, and contribute towards adoption and adaptation of technologies and practices. However, there is a mismatch between the reality of women’s roles and responsibilities in wheat and maize on the ground, and the almost complete lack of targeting of women for capacity development by rural advisory services, particularly in wheat. Fortunately, policies in Nepal are encouraging to women, there is a thriving research sector, and civil society actors are generally strong. Supporting women alongside men to innovate in maize and wheat is very feasible. Research data for this technical note is drawn from GENNOVATE (Enabling Gender Equality in Agricultural and Environmental Innovation) research in Nepal conducted in 20151. Six case studies, three for wheat and three for maize, were developed in Myagdi, Chitwan, Rupandehi, and Jajarkot Districts. Whilst each location had specific socioeconomic characteristics, the study findings are comparable across all sites.