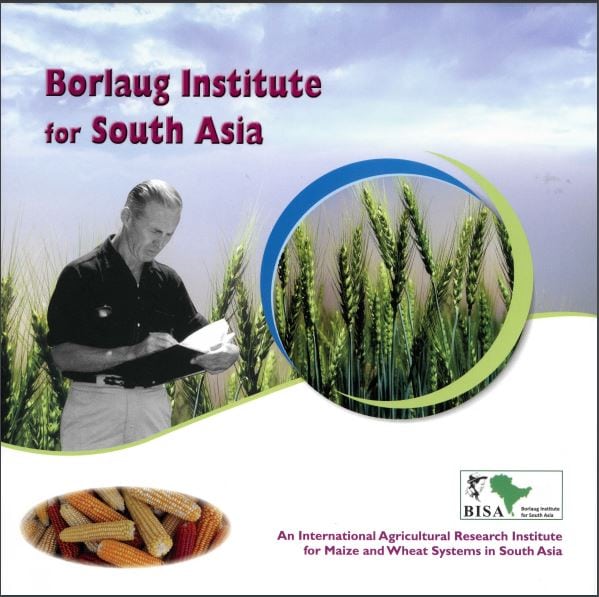 Stress on food production systems has threatened lives and human potential throughout history. To address the challenges of human hunger, Dr. Norman E. Borlaug, an eminent agricultural scientist, developed successive generations of wheat varieties adapted to growing conditions across many degrees of latitude, and with high yield potential from 1944 to 1963. Joint agricultural research done with fellow scientists in Asia and Latin America led to viable technologies to blunt hunger and promote global food security, in what was called the Green Revolution. In 1969, Borlaug predicted that the Green Revolution boost in food production could not last, and was only a reprieve for humanity to develop more sustainable systems and policies to manage its population growth and use of natural resources. Established in 2011 on the legacy of Borlaug, the father of the Green Revolution, the winner of Nobel Peace Prize (1970) and the recipient of the Government of India’s Padma Vibhushan (2006), the Borlaug Institute for South Asia (BISA) is a non-profit international research institute dedicated to food, nutrition, livelihood and environmental security in South Asia. BISA is a collaborative effort involving the International Maize and Wheat Improvement Centre (CIMMYT), the Indian Council of Agricultural Research (ICAR), and the governments of the Indian states of Punjab, Madhya Pradesh and Bihar. BISA has been able to mark its presence on the South Asian agricultural scenario with various kinds of support generously provided by both the central and state governments – financial grants, leased lands, facilities, approvals, etc.