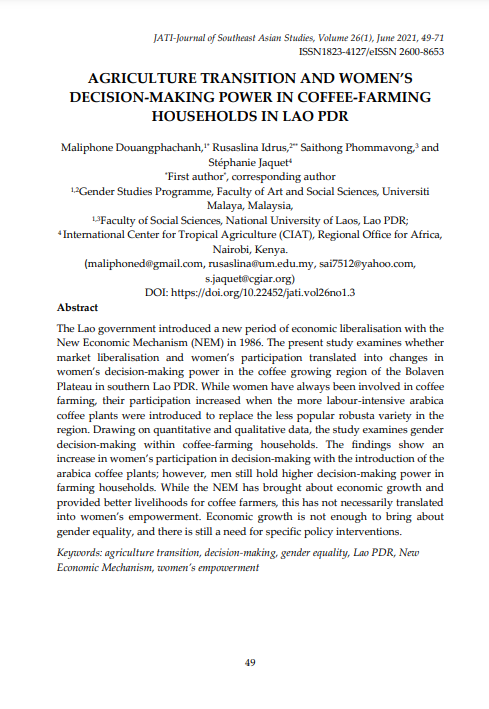 The Lao government introduced a new period of economic liberalisation with the New Economic Mechanism (NEM) in 1986.

The present study examineswhether market liberalisation and women’s participation translated into changes in women’s decision-making power in the coffee growing region of the Bolaven Plateau in southern Lao PDR. While women have always been involved in coffee farming, their participation increased when the more labour-intensive arabica coffee plants were introduced to replace the less popular robusta variety in the region.

Drawing on quantitative and qualitative data, the study examines gender decision-making within coffee-farming households. The findings show an increase in women’s participation in decision-making with the introduction of the arabica coffee plants; however, men still hold higher decision-making power in farming households. While the NEM has brought about economic growth and provided better livelihoods for coffee farmers, this has not necessarily translated into women’s empowerment. Economic growth is not enough to bring about gender equality, and there is still a need for specific policy interventions.