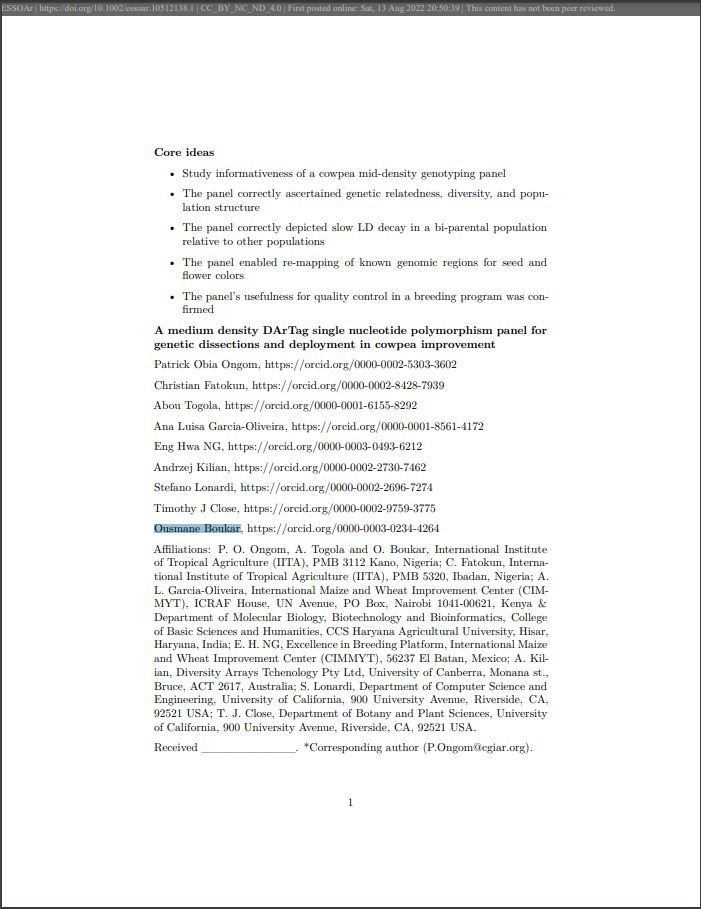 Genomic tools are increasingly being deployed to unlock factors affecting genetic gain. Here, we report the utility of a mid-density marker panel for genetic studies and other applications in cowpea breeding. The 2,602-marker panel was used to genotype 376 cowpea materials pooled from four different genetic backgrounds. The panel was informative with over 78% SNPs exceeding minor allele frequency of 0.20. The panel correctly deciphered co-ancestry among lines, identifying 0.04 % of all pairwise relationships as identical lines, 0.01% as parent-offspring, 0.12% as half-sibs, 39.19% as unrelated, and 60.64% with distant relationships. STRUCTURE, principal component analysis (PCA), and discriminant analysis of principal components (DAPC) inferred two major groups, with all the bi-parental RILs placed in a single gene pool. Excluding bi-parental RILs exposed sub-structure within the remaining diverse lines. Variance within populations was higher (16.64%) than that between populations (8.38%). Linkage disequilibrium (LD) decay was correctly depicted as being slower in bi-parental RILs than in other populations. Overall, LD dissipated to r2 = 0.1 at 1.25Mb. In addition, we mapped a region on chromosome VU07 known to be associated with both seed and flower colors in cowpea. This region harbors several genes including Vigun07g110700, a basic helix-loop-helix (bHLH) DNA-binding superfamily protein that regulates plant pigmentation. The panel revealed unexpected heterozygosity within some lines and authenticated the hybridity of F1 progenies. This study demonstrated the panel’s effectiveness for molecular applications in cowpea, and that the accessions that were used are genetically diverse and suitable for trait discovery and breeding.