Yield advantage and economic performance of rice–maize, rice–soybean, and maize–soybean intercropping in rainfed areas of Western Indonesia with a wet climate 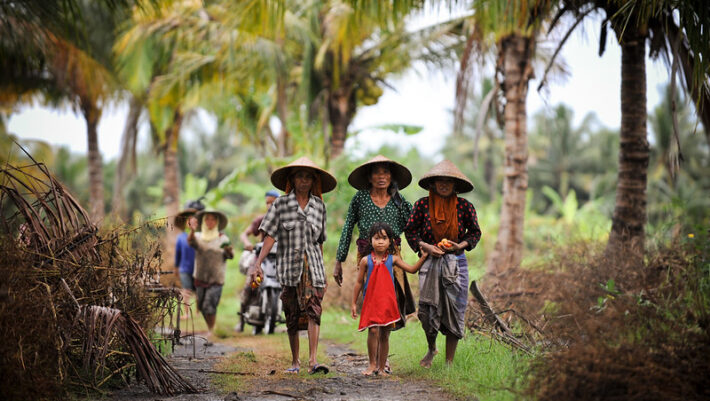 Many diverse cropping systems have increased food production and farmers’ incomes in Africa, India, and China. One of these systems is intercropping, i.e., growing two or more crop species simultaneously in the same field during a growing season.

Efficient utilization of land resources, where scarcity of land compels farmers to grow many crops on a small piece of land, is one of the rationales for intercropping in traditional farming systems. Recent research has raised several concerns about the future sustainability of rice–maize cropping systems. Yield growth rates have slowed and reached a plateau in some significant rice-producing regions including Indonesia, representing a potential issue in meeting future rice demand, which is expected to increase.

Due to its limited land for food production and high population, Indonesia is testing various methods in an attempt to increase the production of food crops, especially rice, maize, and soybean. Maize and soybean are the second and third most important strategic commodities after rice. Rice–maize intercropping systems are crucial in ensuring food security. Rice–soybean or maize–soybean combinations provide food and nutritional security to smallholders of rainfed lands. Thus, they may be considered suitable options for small farmers’ food and livelihood security.