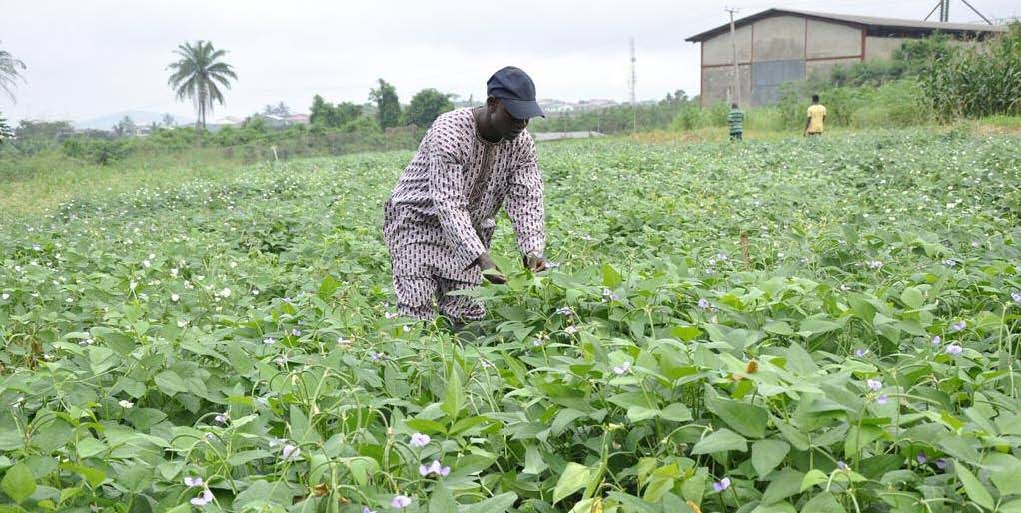 CGIAR Research Program on Grain Legumes and Dryland Cereals is working on genetic improvement of the important crop cowpea to develop high-yielding varieties with resistance to diseases and pests and to increase its production and consumption, as this article from The International Institute of Tropical Agriculture (IITA) explains

An affordable source of protein and minerals and livelihood to millions of people, cowpea is one of the most economically important crops in sub-Saharan Africa. Mostly grown in the dry savannah areas, it has a high tolerance to drought and the ability to improve soil fertility; plus the ability to easily adapt to changing environments.

Given that a significant number of rural households are dependent on cowpea farming for food, nutrition, income and animal feed, the CGIAR Research Program on Grain Legumes and Dryland Cereals (CRP-GLDC) is working on genetic improvement of this important crop in order to develop high-yielding varieties with resistance to diseases and pests and to increase its production and consumption.

Being an indigenous crop to sub-Saharan Africa, the protein-rich cowpea grains are consumed both in rural and urban communities in different forms. Both wild relatives and cultivated types are distributed across the region. Consumers prepare various dishes using cowpea grains and leaves. Popular dishes include ‘akara’ (wet ground grains deep fried in oil in small balls) and ‘moi’ (wet ground grains mixed with condiments such as pepper, onions, cooking oil, wrapped in leaves and steamed).

Grains are also ground and the flour added to wheat flour dough to fortify bread for feeding school children in some communities. The leaves, also rich in protein, are consumed as vegetables especially in Eastern Africa. Fresh grains are used as a pea in some areas of West Africa, while fresh pods are used as vegetables mostly in Asia.

The haulm that remains after harvesting and threshing is a good source of quality fodder for ruminants. In parts of Nigeria, dual-purpose varieties are grown for both food and fodder.

Being a legume, cowpea plants contributes to soil fertility in the generally poor soils in sub-Saharan Africa. It fixes atmospheric nitrogen in symbiosis with Rhizobacterium in its root nodules, benefiting subsequent crops. Varieties that show a spreading growth habit cover the soil quickly, thereby, helping to reduce soil erosion and in controlling weeds in intercropped systems.

Compared with other crops, cowpea is generally drought tolerant. It is well adapted to the dry savannah regions of sub-Saharan Africa where annual rainfall ranges from 350 to 900 mm. Some extra-early to early maturing varieties of cowpea have been identified and found suitable for reduced cropping season due to the ensuing climate change and reduced or erratic rainfall. These varieties are able to escape the onset of drought.

The seed trade in areas where cowpea is commonly grown is weak. Farmers hardly purchase seeds for planting and seed companies do not produce and sell cowpea seeds. Besides, cowpea being a self-pollinating crop, it encourages farmers to keep seeds from harvests for subsequent plantings. In both rural and urban areas of sub-Saharan Africa, women who process cowpea into ‘akara’ and ‘moi moi’ sell these products in markets to earn regular income that helps them to feed their families and take care of the health and schooling of their children.

Since cowpea is grown mostly under rain-fed conditions with minimal input by farmers, its grain yield is generally low. Besides, generally, farmers do not adopt farming practices, such as appropriate plant population density, protection against insect pests, use of fertilisers and planting of improved high-yielding varieties that could enhance its productivity.

The productivity of cowpea in farmers’ fields in sub-Saharan Africa is very low at less than 500 kg/ha, mainly because of insect pests; it can produce up to 1,500 kg/ha or more in research fields. There is at least a major insect pest at every growth stage in the field and even in storage.

Maruca vitrata, a lepidopteran insect, is the most common pest. None of the hundreds of germplasm lines of cultivated cowpea evaluated showed the desired levels of resistance to this insect pest. The wild cowpea relative Vigna vexillata, which has a good level of resistance, is not compatible with cultivated cowpea. Hence, cowpea has now been genetically engineered with the Bacillus thuringiensis (Bt) gene that confers a high level of resistance to Maruca. This material is the result of an effort of international researchers which is still being tested under contained field conditions.

Another constraint limiting cowpea productivity is parasitic flowering weeds – Striga gesnerioides and Alectra vogelli. Both cause appreciable grain and fodder yield losses in cowpea. In Nigeria, the variety release and registration committee have made it mandatory for any cowpea variety to have resistance to Striga before being released. Sources of genes for resistance to both the parasitic weeds have been identified, and varieties having resistance to Striga are being promoted across the sub-region.

Cowpea breeding programs across sub-Saharan Africa with support from several donors (Bill & Melinda Gates Foundation, Global Crop Diversity Trust, Kirkhouse Trust, USAID) and the CRP-GLDC are putting a lot of emphasis on increasing crop productivity and dissemination of improved varieties to farmers. This holds the key to a promising future for smallholder farmers in the region.

IITA is one of the partners of the CGIAR Research Program on Grain Legumes and Dryland Cereals (CRP-GLDC) http://gldc.cgiar.org