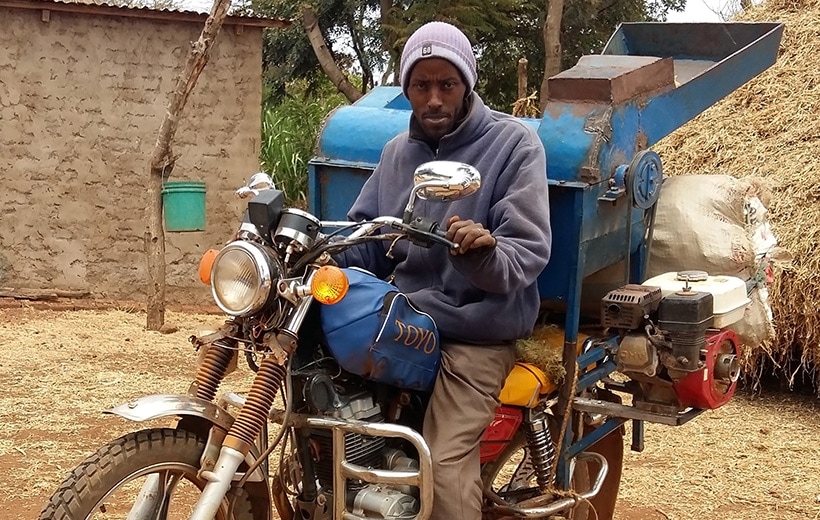 By 2050, the world’s population is estimated to increase to 9 billion people. To feed the increasing population, agriculture production needs to more than double. While agricultural stakeholders are thinking of how to produce the needed food, the current food loss and waste along the food systems need to be curbed to secure food production. Thus, in support of the Food and Agriculture Organisation (FAO) in marking the first International Day of Awareness of Food Loss and Food Waste, IITA Food Technology Specialist, Dr Christopher Mutungi was interviewed by Gloriana Ndibalema, Communication Assistant, both based at the IITA offices in Dar es Salaam, Tanzania, on how IITA is addressing food loss.

What is food loss?
First, it’s important to understand the extent of postharvest loss and food waste; it’s not just what people perceive as quantity lost. It includes quality loss in terms of nutrition value and captures the economic loss in terms of lost opportunity because farmers cannot make money or have food because what they have produced is lost or gone to waste.

How does food waste differ from food loss?
Food waste is more of a social issue, in the sense that people have the food, but do not consume it because they perceive it as not appropriate either by making a wrong choice or other social reasons. This happens more in the developed world. We have food waste in Tanzania, especially in the urban areas; for example, in restaurants or meetings, people are served with large portions of food and they end up leaving half on the plate.