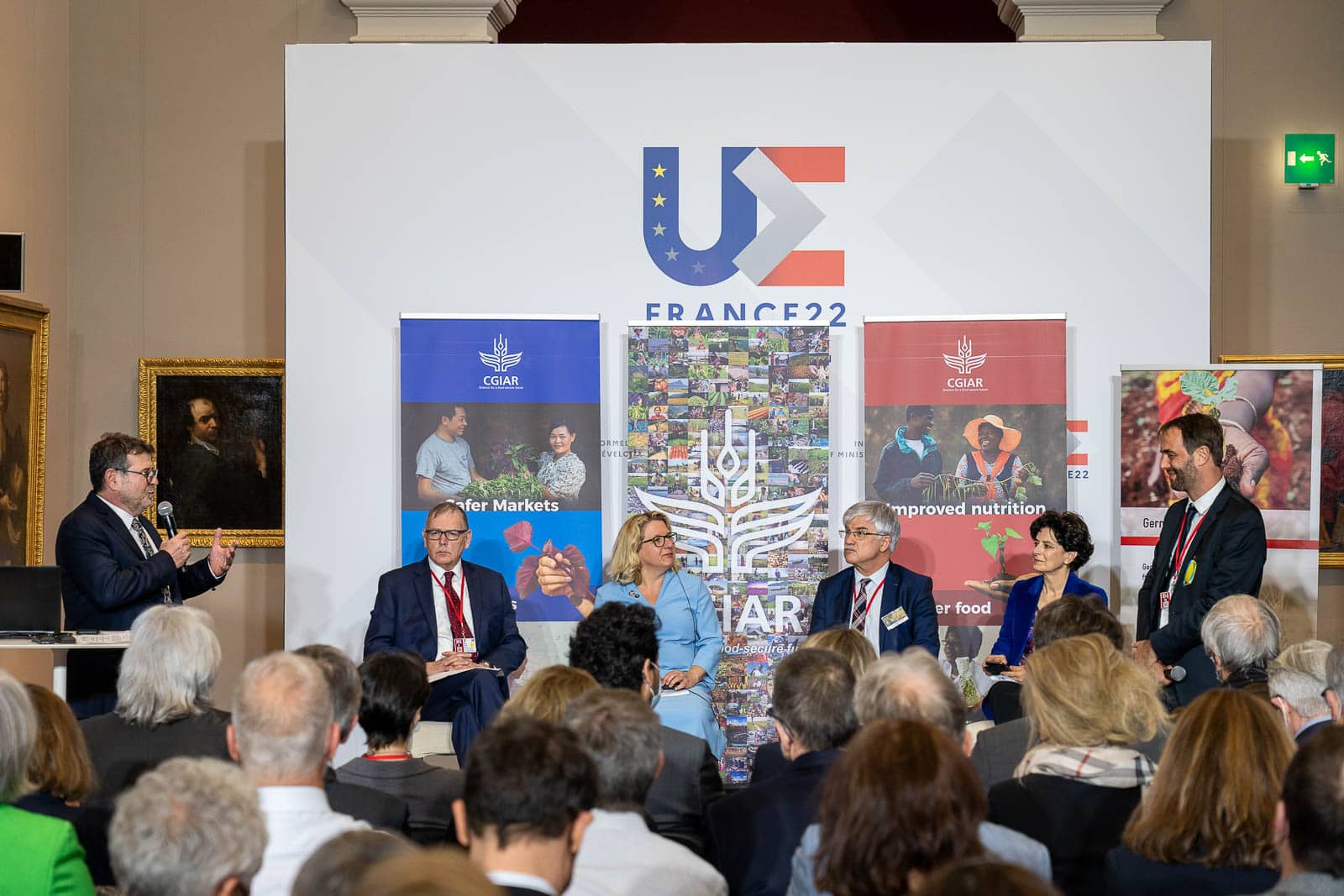 On the sidelines of a meeting of European Union Development Ministers, a high-level meeting saw speakers emphasize the importance of international agricultural research in informing public policy and supporting the transition to sustainable food systems in the face of today’s challenges, including climate change, biodiversity erosion, hunger and malnutrition.

German Minister for Economic Cooperation and Development, Svenja Schulze highlighted a renewed urgency in fighting global hunger and malnutrition in the face of the current war in Ukraine.

The meeting, ‘Agricultural Research for Development: CGIAR, a Key Partner for Europe’ was organized under the French presidency of the Council of the European Union, France, Germany, the European Commission and CGIAR, and was held on Monday, March 7 in Montpellier, in the prestigious setting of the Fabre Museum.

So borne out of necessity, CGIAR has taken the bold decision, after about 50 years of gradual evolution, to take a step back, shift gears, and radically transform itself into a unified and integrated international institution that will be much better equipped to create innovative solutions to the multiple threats to food, nutrition and water security.”

Svenja Schulz was joined by the Director of Sustainable Development of the Ministry of Europe and Foreign Affairs, Philippe Lacoste, the Chair of the CGIAR System Board, Marco Ferroni, the Director for the Green Deal and the Digital Agenda of the European Commission, Carla Montesi, and the Mayor of Montpellier, Michaël Delafosse. They spoke to an assembly of international delegates, members of the CGIAR System Council and representatives of the Montpellier scientific community. The discussion was moderated by the Vice President of the University of Montpellier and President of Agropolis International, Patrick Caron.

The meeting saw Lacoste reaffirm France’s commitment to CGIAR, ahead of the first System Council meeting since 2016 to be held in Montpellier, CGIAR’s headquarters. He welcomed the strengthening of the bilateral relationship between France and CGIAR and the successful implementation of the Joint Action Plan co-signed on February 4, 2021. He called for a continuation of this close collaboration in the years to come.

Chair of the CGIAR System Board, Marco Ferroni highlighted the importance of research in supporting biodiversity and building sustainable food systems. He emphasized four principal areas of focus, namely the essential role of scientific evidence in public policy; research and innovation that enable us to produce more food on less land – slowing the loss of natural habitat that is particularly rapid in the South; the conservation of genetic materials and accessible gene banks; and research and innovations that promote ‘nature-positive’ solutions.

Other funders reaffirmed their support, including financial support, to CGIAR and welcomed the ongoing reform aimed at overhauling governance, programming and financing of the 50-year-old organization.

Please read the announcement in French on the Agropolis website.