CGIAR and France Strengthen their Partnership for Agricultural Research for Development 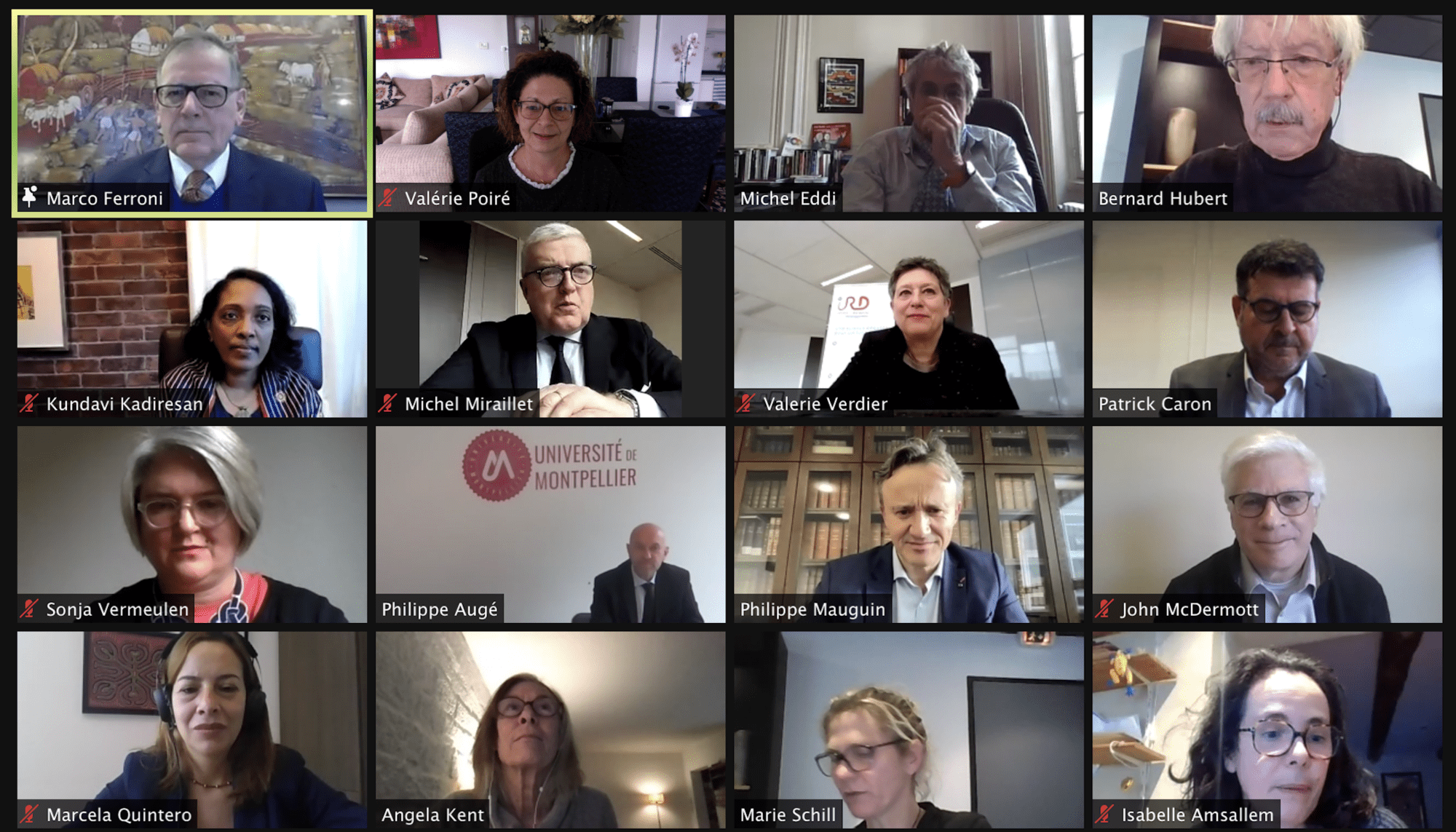 In the lead up to the 2021 UN Food Systems Summit (UNFSS), CGIAR and France have strengthened their partnership and are looking to the future with the signing of a joint Action Plan.

The joint signing ceremony marked the continuation of the partnership and cooperation between France and CGIAR as they work on the shared goals of fighting food insecurity and malnutrition, preserving natural resources and biodiversity, and reducing poverty and gender inequality in the context of increasing climate change.

The signing took place on the sidelines of “Bonding science and policy to accelerate food systems transformation,” a Food Systems Summit Dialogue, which was opened by Qu Dongyu, Director General of the Food and Agriculture Organization (FAO), Gilbert Houngbo, President of the International Fund for Agricultural Development (IFAD), Agnes Kalibata, Special Envoy of the UN Secretary General for the 2021 UNFSS, and Julien Denormandie, Minister for Agriculture and Food of France.

“I interpret the draft Action Plan as an invitation to explore the outlines of a new and enhanced generation of cooperation between CGIAR and French institutions, motivated by our shared understanding of the accelerating challenges linked to world agriculture and food,” said Marco Ferroni, CGIAR System Board Chair, in his framing remarks.

France is an important collaborator across the CGIAR System, as well as one of our Funders. We reaffirm our partnership with France in the expectation that we will work together towards an Action Plan for renewed cooperation designed to bridge research and impact on the ground.

Three CGIAR scientists joined the President Director Generals of the Centre de coopération internationale en recherche agronomique pour le développement (CIRAD), the Institut national de recherche pour l’agriculture, l’alimentation et l’environnement (INRAE), the Institut national de la recherche pour le développement (IRD), and the University of Montpellier to provide examples of ongoing work being done by French and CGIAR researchers, the challenges ahead, and what was needed in each of the three areas.

Kundhavi Kadiresan brought the event to a close, linking the relationship with France to CGIAR’s new 2030 Research and Innovation Strategy and the ongoing transition to One CGIAR.

“Our world today faces more systemic and complex challenges than ever before, and food systems are both a driver and a victim of these challenges. Business as usual will not suffice as populations around the world face mounting challenges from the climate crisis across the related issues of food and nutrition insecurity, poverty, and biodiversity loss,” she said. “With the ongoing COVID-19 pandemic over the last year having heightened the vulnerabilities of millions in developing countries, we must unite and strengthen our efforts to tackle these complex global issues with the support of world leaders and major economies like France.”

CGIAR’s new 2030 Research and Innovation Strategy, recently launched at the 2021 Climate Adaptation Summit, refreshes the mission of the world’s largest publicly funded agricultural research partnership and puts the climate crisis at the heart of global research into food security for the first time in its 50-year history, marking a new era for more unified agricultural and environmental science. CGIAR is also currently undergoing a dynamic reformulation of the System’s assets, knowledge, and global presence, which will allow scientific innovations for food, land, and water systems to be deployed faster and at a larger scale in areas that need them the most.

Read the announcement on the French Ministry for Europe and Foreign Affairs’ website: Signature of the action plan aiming to strengthen the relationship between France and CGIAR.