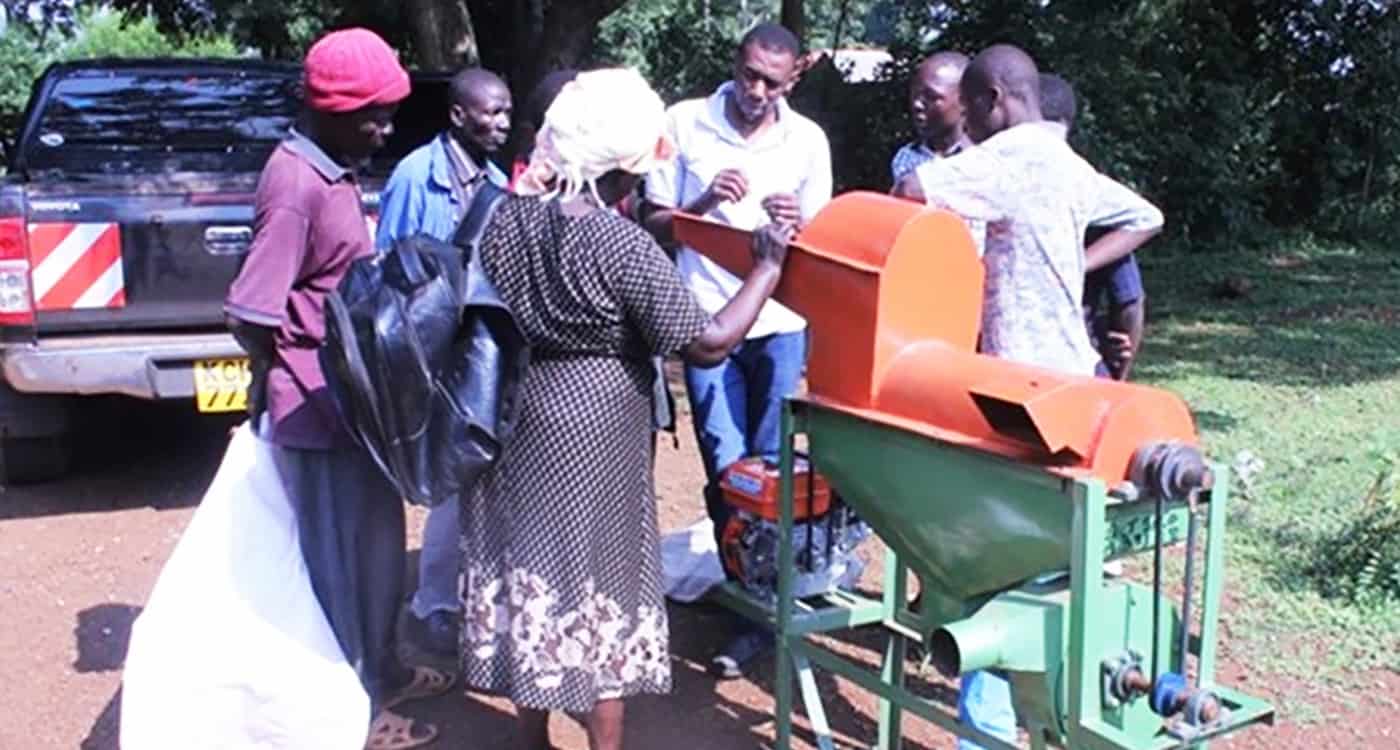 Increasing market demand for dryland crops in Kenya and Tanzania owing to IFAD-funded project interventions across the agriculture value chain for three years has led to last mile delivery plans of setting up efficient seed systems in the region. So far, over 14,268 project farmers in 369 farmer groups in the two countries received 10,963kg of seed. They produced 17,621 tons of all project crops (sorghum, pearl millet, finger millet, cowpea, green gram, groundnut and pigeonpea) valued at ~KES 42,745,918 (US$ 427,459). ­Memoranda of Understanding withMinistries of Agriculture in eight Counties in Kenya are underway and 15 farmer groups signed agreements with various off-takers to grow sorghum.

How a market pull was created

Extensive farmer participatory varietal trials in Kenya and Tanzania and the involvement of private companies in testing the commercial viability of sorghum, pearl millet and finger millet cultivarscontributed to creating a sustainable market pull for the crops resulting in increased farmer incomes. Key outcomes from the trials included the release of a high-yielding, resilient, market-preferred finger millet variety in Tanzania and the entry of eight each of finger millet and sorghum into National Performance Trials in both the countries (see box).