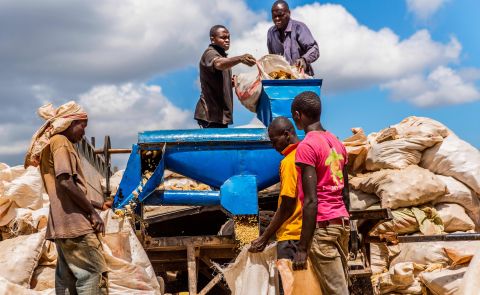 Much of the early attention on the Russian-Ukraine conflict’s food security impacts has been concentrated on countries highly dependent on wheat imports from the Black Sea region. Given the important role that wheat products play in the diets of people in Egypt, Sudan, Yemen, Lebanon, and other countries, the interruption in Black Sea wheat trade and high prices have raised serious concerns about rising levels of food insecurity, poverty, and instability around the world.

But many countries are affected by price increases across a range of commodities (some predating the war) including in fertilizers, edible oils, and maize, as well as oil, natural gas and other energy products. How are these sharp international price increases impacting countries and people, and how can countries respond? Our recent modeling study focusing on Kenya suggests higher prices, particularly for fertilizer, will reduce GDP growth and increase poverty rates in the country, putting an estimated 1.4 million additional people below the poverty line.