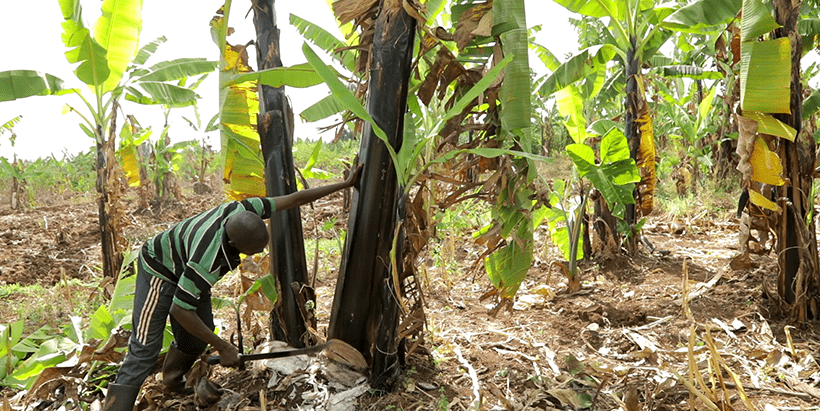 Banana is a major commodity in Rwanda, used as both a cash and (staple) food crop; it covers 23% of Rwanda’s land and is grown by 90% of households. Rwanda is one of the largest banana producers in the East Africa Region and ranks second in banana consumption globally with an annual per capita consumption of approximately 144 kg.

BXW is a bacterial disease that has seriously affected banana production in the East and Central African (ECA) region, with yield losses of up to 100% reported. The disease was first discovered on Enset (a banana-relative, also called false banana) in Ethiopia in 1967 and first spread to the ECA region (Uganda) in 2001. In Rwanda, BXW was officially reported in 2005 and reportedly caused reduced banana availability in households and markets, making it a considerable threat to food security and income.

There is no cure for BXW, but scientists have formulated technical recommendations to reduce the probability of infection and to manage and control existing infections.