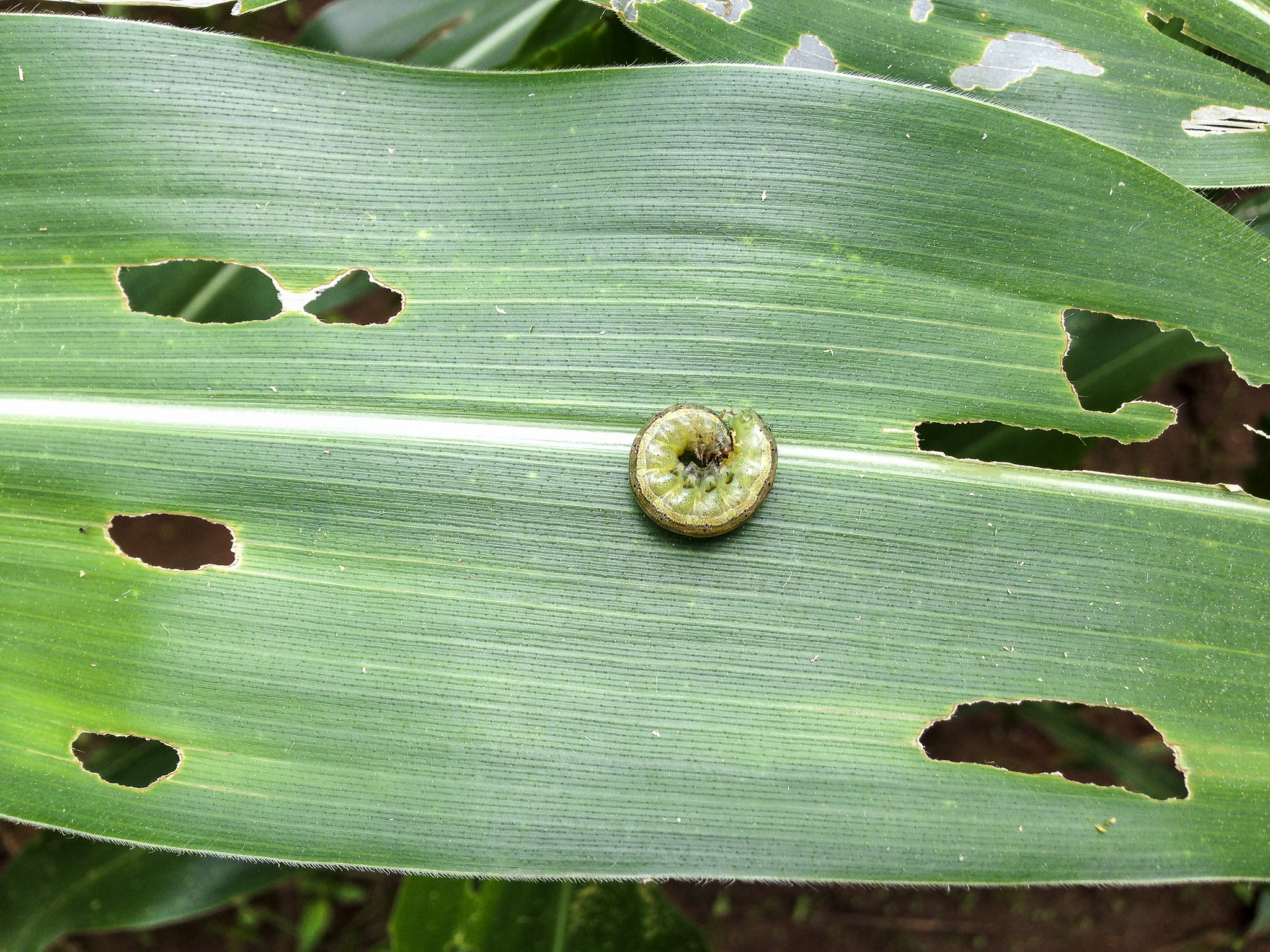 The fall armyworm, an invasive insect-pest native to the Americas, has caused significant damage to maize crops in sub-Saharan Africa since its arrival to the region in 2016. An integrated approach, including improved agronomic practices, is necessary in order to fight against the invasive caterpillar. However, little is known about the most effective agronomic practices that could control fall armyworm under typical African smallholder conditions. In addition, more information is needed on the impact of fall armyworm on maize yield in Africa, as previous studies have focused on data trials or farmer questionnaires rather than using data from farmer fields. In a new study published by researchers with the International Maize and Wheat Improvement Center (CIMMYT), investigators set out to understand the factors influencing fall armyworm damage and to quantify yield losses due to fall armyworm damage.

The study examined damage in smallholder maize fields in two districts of eastern Zimbabwe. “We estimated the yield losses due to fall armyworm damage at 11.57 percent in the study area. Extrapolated to the whole of Zimbabwe, this would amount to a loss of 200,000 tons of grain, or a value of more than $32 million using the average global price of maize of $163 per ton in 2018,” said Frederic Baudron, cropping systems agronomist at CIMMYT and main author of the study.