New Ethiopia Study: Reach of the CGIAR System Much Larger Than That of Individual Innovations 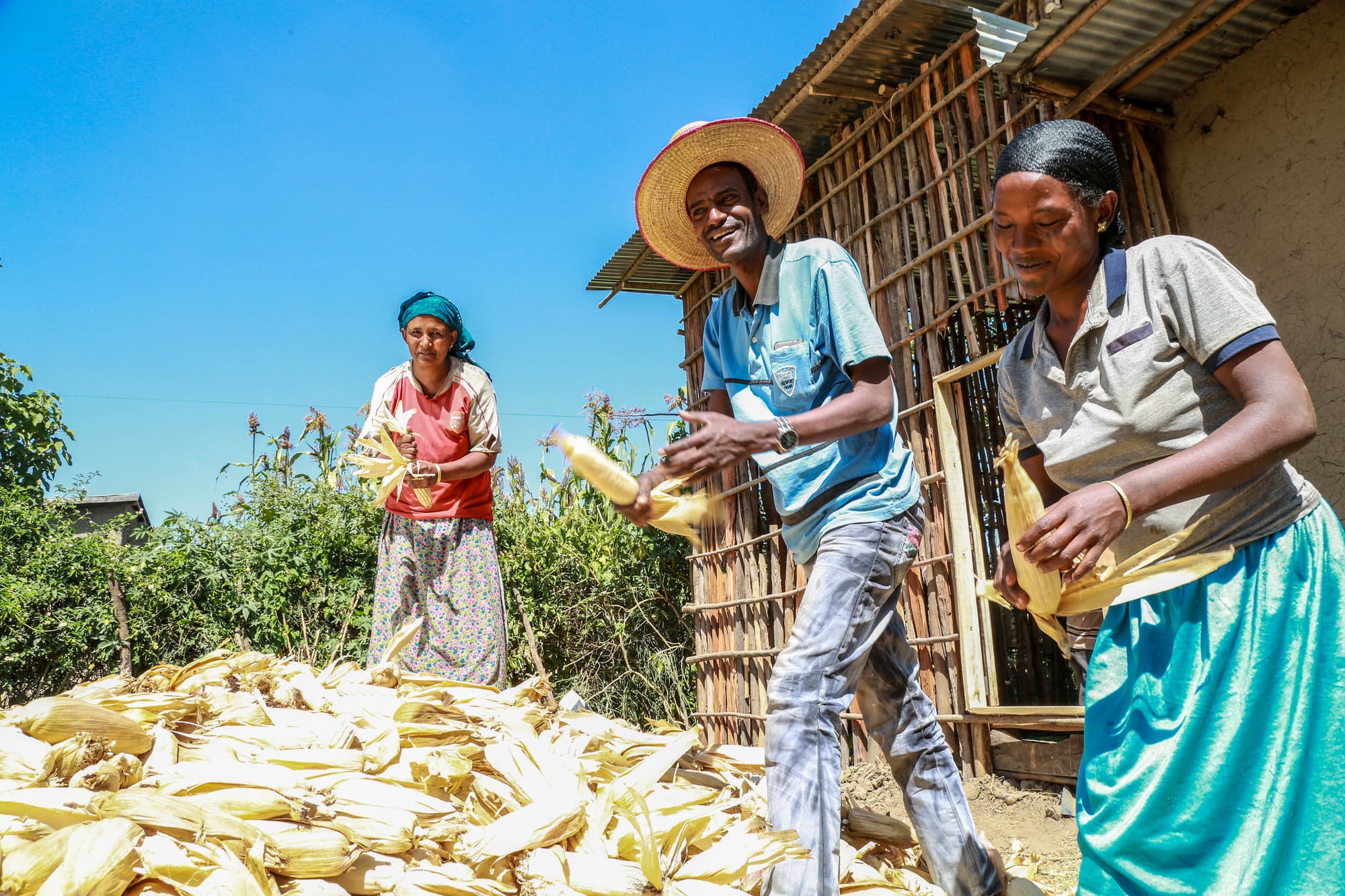 An independent study published last month has documented the extensive reach of CGIAR-related agricultural innovations in Ethiopia over the past 20 years. The study represents the culmination of years of work by the independent CGIAR Standing Panel on Impact Assessment (SPIA)[1], together with the Ethiopian Central Statistics Agency (CSA) and the World Bank Living Standards Measurement Study (LSMS) team, to develop and test a country-level approach to assessing adoption and diffusion of agricultural innovations using national surveys.

Piloting this new approach for the first time in Ethiopia, a CGIAR research hotspot, the study finds that between 4.1 and 11.0 million Ethiopian households have been reached by agricultural innovations linked to CGIAR research. The upper-bound figure of 11 million, representing 78.7 percent of all rural households in Ethiopia, should be interpreted as the potential reach of CGIAR in the country — with substantial adoption among poor smallholders, women and youth.

To document the reach of CGIAR-related innovations, SPIA started with a stocktake of all such innovations disseminated in Ethiopia in the period 1999–2019. Consultations with CGIAR and national stakeholders revealed 52 different innovations across the domains of animal agriculture, crop germplasm improvement, and natural resource management (NRM), and 26 instances of policy influence. Working with partners LSMS and CSA, 18 shortlisted innovations were integrated into nationally representative household surveys in 2016 and 2019, which were then used to track uptake.

CGIAR innovations have reached between 4.1 and 11 million Ethiopian households, the study found, evidence of CGIAR’s broad contribution to Ethiopia’s agricultural development. The importance of CGIAR research for increased agricultural productivity in Ethiopia is apparent, and with agriculture being one of the main drivers of the country’s economic growth over the past decade, it can be inferred that these productivity gains have contributed not just to food security, but also to broader poverty alleviation.

According to the study, three sets of innovations with a large reach stand out as examples of successful scaling: 1) soil and water conservation practices, 2) improved maize varieties, and 3) crossbred poultry. Soil and water conservation practices, such as terracing on sloped agricultural land, were observed to have been adopted by more than 9.4 million households. DNA fingerprinting data revealed that CGIAR-derived maize germplasm is being used by an estimated 4 million households (63 percent of all maize-cultivating households), while crossbred poultry was reported to have reached an estimated 1.8 million households. All three cases, the study notes, underscore the important role of complementary interventions in reaching scale.

The study also concludes that CGIAR innovations are reaching their intended beneficiaries, including smallholders, poor households, young farmers and female farmers. The approach of using national surveys allowed researchers involved in the study to paint a more complete picture of innovation diffusion and adoption, using socioeconomic data collected to better understand where innovations have scaled, for whom, and under what circumstances. The full suite of evidence points to adoption of the innovations across different regions in Ethiopia by a wide range of types of households (in terms of farm size, market access, socioeconomic status, gender and age).

Beyond assessing the scope and scale of CGIAR’s reach, the new approach sheds light on pathways to impact that can be further studied and built on. Though the adoption of innovations is inherently context-specific, understanding the factors that influence the scale and speed of adoption will help CGIAR researchers to ensure that a greater number of innovations reach a large number of households, quickly. CGIAR looks forward to learning from the extension of this valuable work to other countries in the near future.

[1] SPIA’s mandate is to expand and deepen evidence on the impact of CGIAR research investments and their potential to contribute to the Sustainable Development Goals. SPIA is part of CGIAR Advisory Services, which provides external, impartial, and expert advice related to strategy and positioning, program evaluation, and impact assessment.

Header photo: Usman Kadir and his family are growing maize and wheat varieties suitable for drought- and disease-affected areas in Ethiopia. Photo by A. Habtamu/ILRI.