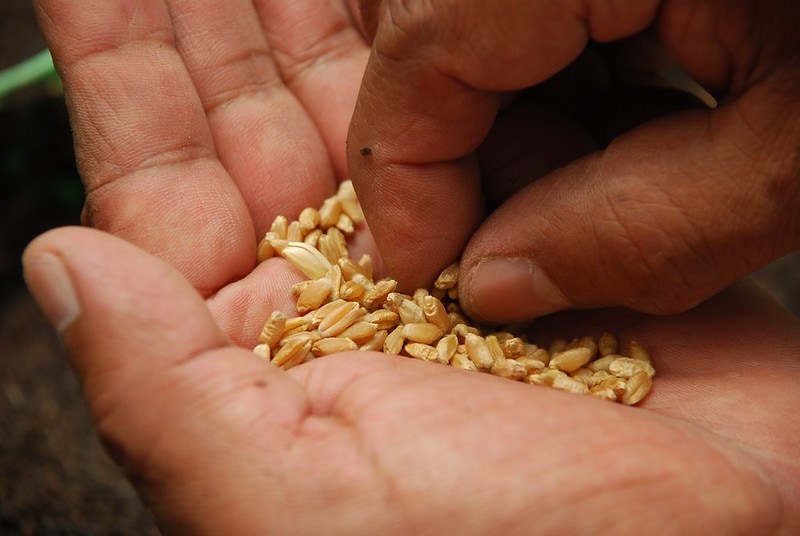 A new US$25.7 million project, led by the International Maize and Wheat Improvement Center (CIMMYT), a Research Center part of CGIAR, the world’s largest public sector agriculture research partnership, is expanding the use of biodiversity held in the world’s genebanks to develop new climate-smart crop varieties for millions of small-scale farmers worldwide.

As climate change accelerates, agriculture will be increasingly affected by high temperatures, erratic rainfall, drought, flooding, and sea level rise. Looking to the trove of genetic material in genebanks, scientists believe they can enhance the resilience of food production by incorporating this diversity into new crop varieties – overcoming many of the barriers to fighting malnutrition and hunger around the world.

“Better crops can help small-scale farmers produce more food despite the challenges of climate change. Drought-resistant staple crops, such as maize and wheat, that ensure food amid water scarcity, and faster-growing, early-maturing varieties that produce good harvests in erratic growing seasons can make a world of difference for those who depend on agriculture. This is the potential for climate-adaptive breeding that lies untapped in CGIAR’s genebanks,” said Claudia Sadoff, Managing Director, Research Delivery and Impact, and Executive Management Team Convener, CGIAR.

Over five years, the project, supported by the Bill & Melinda Gates Foundation, aims to identify plant accessions in genebanks that contain alleles, or gene variations, responsible for characteristics such as heat, drought or salt tolerance, and to facilitate their use in breeding climate-resilient crop varieties. Entitled Mining useful alleles for climate change adaptation from CGIAR genebanks, the project will enable breeders to more effectively and efficiently use genebank materials to develop climate-smart versions of important food crops, including cassava, maize, sorghum cowpea, and rice.

The project is a key component of a broader initiative focused on increasing the value and use of CGIAR genebanks for climate resilience. It is one of a series of Innovation Sprints coordinated by the Agriculture Innovation Mission for Climate (AIM4C) initiative, which is led by the United States and the United Arab Emirates.

“Breeding new resilient crop varieties quickly, economically and with greater precision will be critical to ensure small-scale farmers can adapt to climate change,” said Enock Chikava, interim Director of Agricultural Development at the Bill & Melinda Gates Foundation. “This initiative will contribute to a more promising and sustainable future for the hundreds of millions of Africans who depend on farming to support their families.”

Over the past 40 years, CGIAR Centers have built up the largest and most frequently accessed network of genebanks in the world. The network conserves and makes nearly three-quarters of a million crop accessions available to scientists and governments. CGIAR genebanks hold around 10% of the world’s plant germplasm in trust for humanity, but account for about 94% of the germplasm distributed under the International Treaty on Plant Genetic Resources for Food and Agriculture, which ensures crop breeders globally have access to the fundamental building blocks of new varieties.

“This research to develop climate-smart crop varieties, when scaled, is key to ensuring that those hardest hit by climate shocks have access to affordable staple foods,” said Jeffrey Rosichan, Director of the Crops of the Future Collaborative of the Foundation for Food & Agriculture Research (FFAR). “Further, this initiative benefits US and world agriculture by increasing genetic diversity and providing tools for growers to more rapidly adapt to climate change.”

“We will implement, for the first time, a scalable strategy to identify valuable variations hidden in our genebanks, and through breeding, deploy these to farmers who urgently need solutions to address the threat of climate change,” said Sarah Hearne, CIMMYT principal scientist and leader of the project.

Building on 10 years of support to CIMMYT from the Mexican government, CGIAR Trust Fund contributors, and the UK Biotechnology and Biological Sciences Research Council, the project combinesthe use of cutting-edge technologies and approaches, high-performance computing, GIS mapping, and new plant breeding methods, to identify and use accessions with high value for climate-adaptive breeding of varieties needed by farmers and consumers.