Livestock’s future: An opportunity not a threat 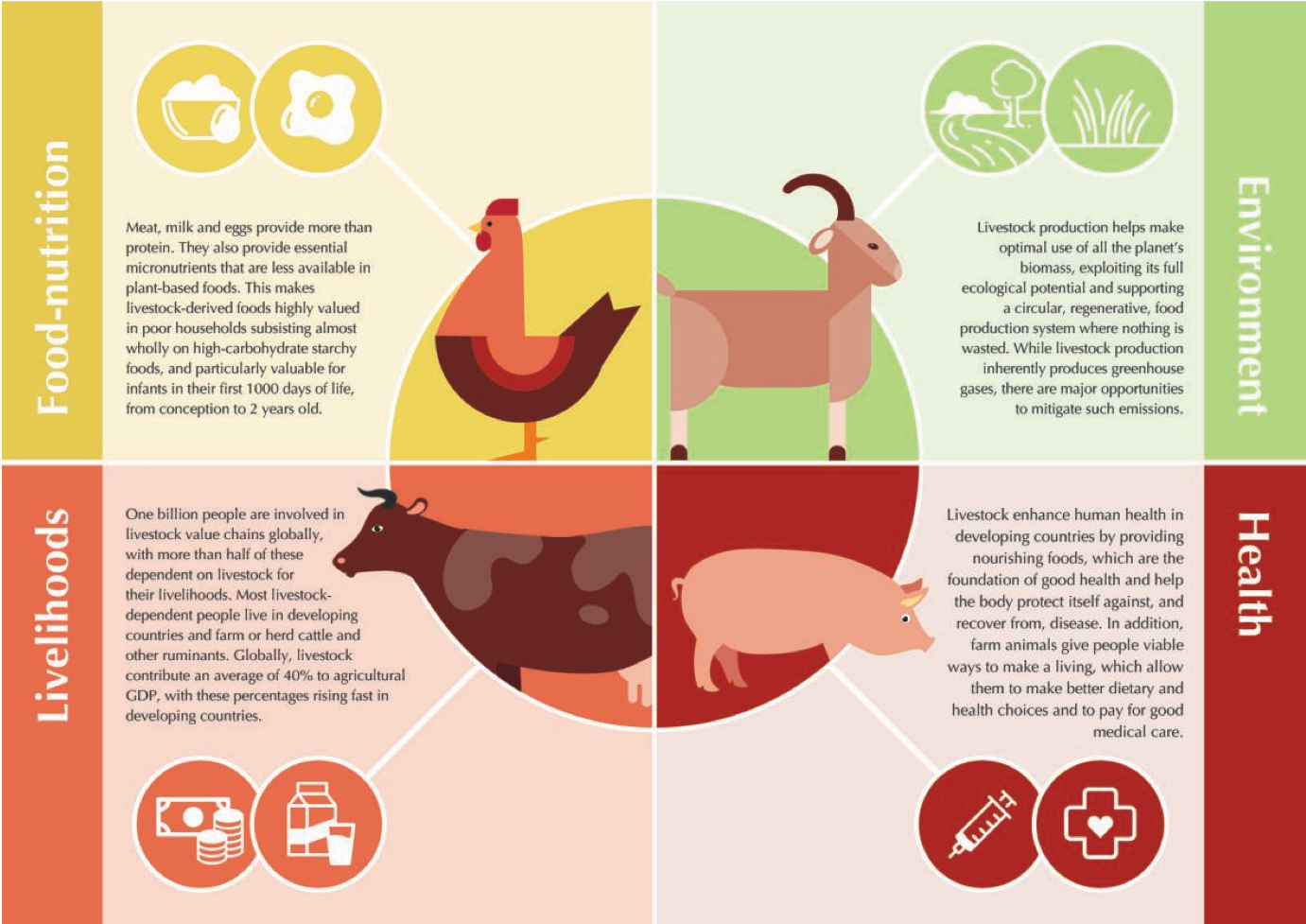 The World Economic Forum (WEF) invited ILRI to prepare a white paper on the future of livestock. Published under the auspices of the WEF’s Shaping the Future of Food initiative, which focuses on how to develop inclusive, sustainable and nutritious food systems, ILRI’s paper addresses opportunities for the livestock sector to sustainably meet the growing demand for animal source foods in developing and emerging economies to 2030 and beyond.

The paper focuses on four critical issues related to livestock in the developing world: First, the continuing rapid growth of demand for animal sourced foods, especially in Africa and Asia; second, the multiple roles that livestock play, not just as food but as ‘living animal assets,’ essential livelihoods and critical nutritional sources; third, the pros and cons for development of the four main pathways by which that growing demand is likely to be met; and finally, the many issues that stakeholder within and beyond the livestock sector  need to address to ensure that all of the world’s people today and in the future are fed in ways that are sustainable, safe, equitable and healthy.

While the potential harms of raising livestock and consuming meat, milk, and eggs are frequently discussed in the Western media, their benefits for people in developing countries get less attention. This paper was written in part as a reminder that there are many opportunities for livestock to be part of a sustainable, broad-based and environmentally friendly agricultural sector. Its message is straightforward: “The good news is this: Partly because of the multiple roles livestock play in developing and emerging economies, there are ‘win-win-win’ opportunities to harness the diversity of the developing world’s livestock production systems to meet rising demand, improve incomes and livelihoods, and alleviate threats to human and environmental health.”

A few highlights from the paper:

The paper concludes by exhorting the entrepreneurs, philanthropists and policymakers assembled at Davos to consider livestock not as a problem to be solved but rather as an essential part of the solution to our protein and other needs. The diversity of livestock systems and the multitude of enablers for transformation mean that there will not be a single “silver bullet”.  But making use of that diversity along with the many “enablers for transformation” creates opportunities to make rapid progress in sustainable and equitable development. Some of those opportunities are already coming into view—others are as yet unimagined. Sustained cooperation and consultations, guided by wise investments from donors, policymakers, the private sector—and not least, farmers themselves—will move the sector forward along multiple paths. These paths can and should lead us to the same end goal, the paper concludes: “Towards more nourishing, accessible, affordable, safe and sustainable food systems for all the world’s people.”