In Colombia, Mitigate+ looks to work with national stakeholders to achieve low-emissions development 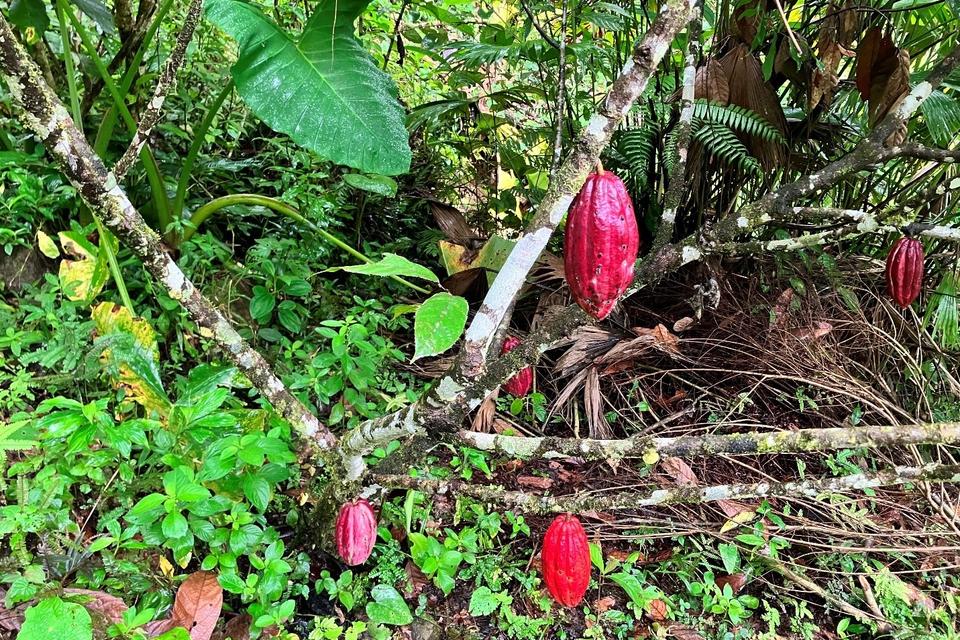 The Colombian department is home to vast areas for cattle grazing, which drives deforestation and thus the release of greenhouse gases that warm the planet. At the same time, Caqueta hosts cocoa agroforests, which when conserved can capture carbon from the atmosphere. The government and its development partners see the production of cocoa under an agroforestry system to restore forest areas, particularly illicit crops, which were found to be tied to deforestation and conflict in the country.

“Caqueta makes for the ideal place to do research, test interventions and scale innovations toward low-emission food systems,” Miguel Romero, the country coordinator in Colombia for Mitigate+.

Mitigate+, short for the CGIAR Research Initiative on Low-Emission Food Systems, aims to “reduce annual global food systems emissions by 7% by 2030 by working closely with key actors in the target countries to ensure they are equipped to make evidence-based decisions and address challenges in food systems discourse, policy development and implementation to reduce greenhouse gas emissions.” It focuses its work on Colombia and six other countries, namely Bangladesh, China, Ethiopia, Kenya, Peru and Vietnam.

The work of Mitigate+ supports the ambitious pledge of the Colombian government on climate change mitigation, according to Romero. In December 2020, the government submitted an updated nationally determined commitment to the Paris Agreement, which indicated an aspiration of reducing emissions by an estimated 51 percent compared to the business-as-usual or worst-case scenario. The aspiration is a considerable increase from its initial commitment of 20 percent unconditional and 30 percent conditional reduction.

In Colombia, Mitigate+ will focus its work on Caqueta. The Alliance of Bioversity International and CIAT has been working in the department since 2013 to promote the adoption of sustainable land uses. This has led the Alliance to establish strong partnerships with local and national stakeholders in the agriculture, forestry and other land use sector, Romero noted.

Romero and other members of the Mitigate+ team will meet and hold a dialogue with national stakeholders in Bogota next week, from 10 to 11 October 2022. The event officially kicks off the work of Mitigate+ in Colombia.

“For our work in Mitigate+ to be a success, engaging national stakeholders is essential,” said Romero, who is a research fellow at the Alliance. “We aim to work with them in defining their priorities and goals for low-emission development as well as providing them with data and tools to achieve those priorities and goals.”

See more information on Mitigate+ here. Stay tuned for updates on the launch of the initiative on Twitter via @MaElizaJV, @BiovIntCIAT_eng and @CGIAR.

Photo credit: Inside a cocoa agroforest in Caqueta, a department located in the Amazon region of Colombia. Photo by: Ma. Eliza J. Villarino / IKI-SLUS Project / Alliance of Bioversity-CIAT