In a grain of rice: Solutions for poverty and hunger in sub-Saharan Africa 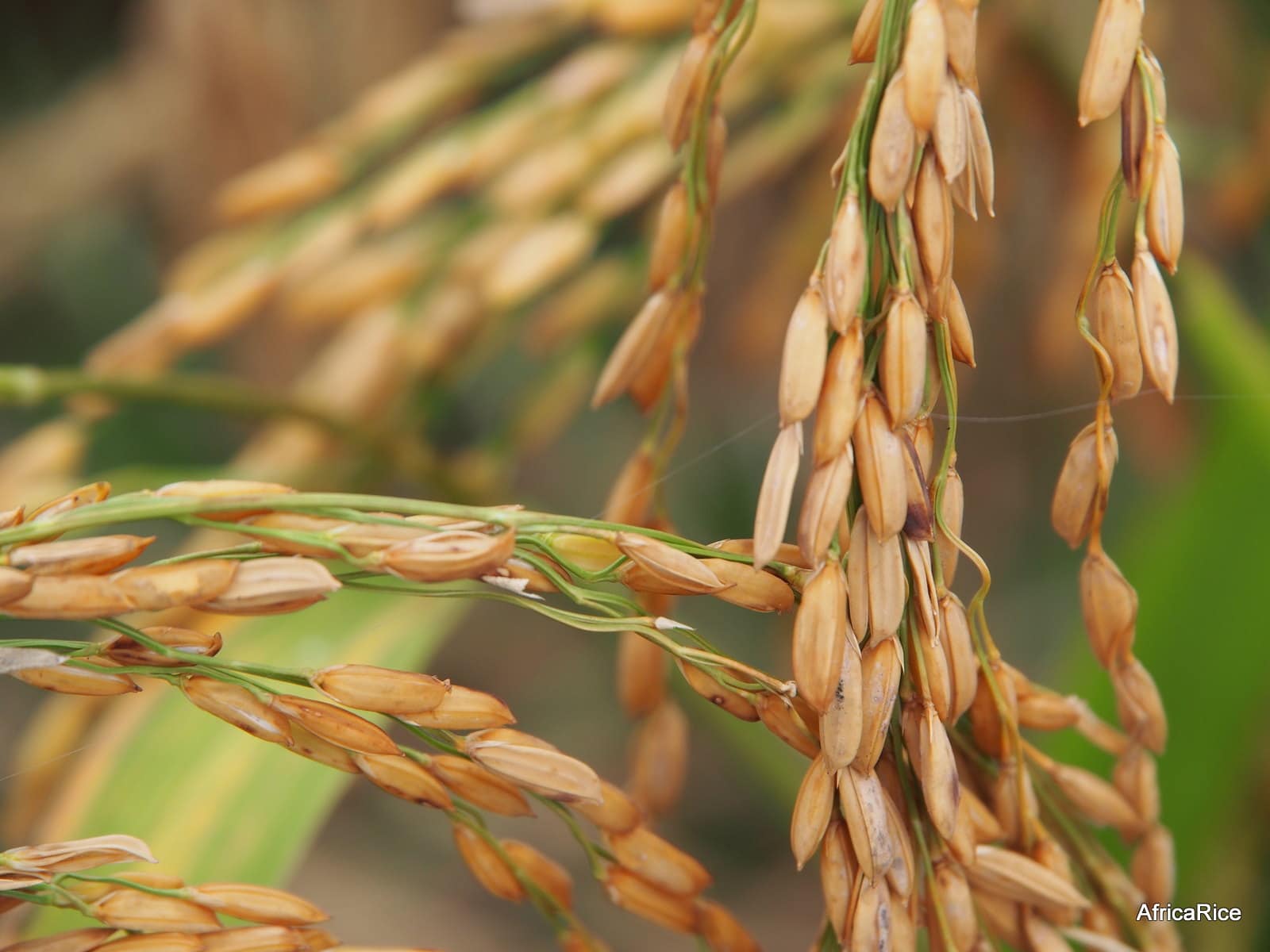 What tiny object is capable of lifting millions of people above the poverty line and into food security? The answer can be found within a single grain of the many improved varieties of rice being adopted across sub-Saharan Africa.

Improved varieties of rice developed by CGIAR scientists are bringing hope to millions of small-scale farmers in the region, according to an assessment of 16 countries.

Compared to traditional varieties of rice growing in upland systems, the improved varieties mature early, have higher yields and are resistant to droughts and pests. They can also hold their own against weeds, and thrive in poor soils.

All of this means more rice to eat, and more rice to sell. Research shows that the improved varieties are already having significant impact, bringing food security to 7.2 million and raising the incomes of 8 million people above the international poverty line of $1.90 a day.

In a region where 43% of the population lives in poverty and 22% is food insecure, there remains huge potential for impact from this small grain. Work is ongoing to introduce the improved varieties to more farmers, develop even more effective ones, and strengthen the value chains that bring quality seed to field and market.

So how does it work?

The African species of rice has been cultivated in West Africa for at least 3500 years. But as it is a poor grain yielder, it has been steadily replaced in the region by the Asian species that was introduced to Africa about 500 years ago.  However, where the Asian rice has the yield potential to feed the masses, the African rice has characteristics derived from its origins on the continent, such as resistance to local diseases and pests.

Scientists from AfricaRice, a CGIAR Research Center, wondered if they couldn’t combine the two. The task was not as easy as it sounds.

Crossing both species is complicated by incompatibility, with a high probability of sterility in the offspring.

The scientists, however, overcame the problem. Crossbreeding in the lab resulted in varieties that had the yields of Asian rice and the hardiness of African rice – “We got the best of both worlds,” Dr Arouna says.

Disseminated by donors, the improved seed has been well received by farmers, and shown to perform well in the fields and at market. Importantly, its demonstrated impact in reducing poverty and ensuring food security has given small-scale farmers hope for a better future.

Rice has been around for a long time in sub-Saharan Africa, but it hasn’t always been as important a staple crop as it is today. Previously, diets in many countries relied on staples like maize, millet or sorghum.

Traditional cereals tend to require more work per meal, and more time spent milling, soaking or otherwise processing the grain before cooking. As the region rapidly urbanizes, many people no longer have that time to devote to processing and cooking their meals at home.

Rice, by contrast, makes for a quick and easy meal. In urban restaurants, rice is a popular dish – often served with meat and tomato soup, or mixed with oil, fish, and vegetables like cucumbers and carrots. Rice is now one of the largest sources of food energy in sub-Saharan Africa, and the basic food for more than 750 million people in the region.

A growing population is also pushing up demand. Rice consumption is growing at a rate of 4% a year, while production is struggling to keep up, at a growth rate of only 3.3%. About 46% of the rice consumed in the region is imported, at a cost of $5.9 billion a year.

Improved varieties like NERICA and ARICA are helping farmers keep up with local demand, supplying high-quality grain able to compete against imports. AfricaRice is also looking at other ways to use local rice in diets, for example through new products like yoghurt, cakes, biscuits, drinks, soups and porridge.

For now, improved varieties are still being distributed to small-scale farmers across the region. From 2000 to 2014, more farmers were adopting improved varieties every year, and that trend appears to be continuing. Increased adoption should help farmers meet their own needs while keeping pace with growing urban demand.

But there are economic possibilities in the improved varieties beyond supply and demand, says Dr Arouna. The new types of rice also present opportunities for capacity development and jobs for farmers and small and medium enterprises (SMEs).

Farmers need to change their seed every three to four seasons, but with low development of the seed value chain in sub-Saharan Africa, it’s not easy to find reliable seed dealers. Breeder or foundation seed used to be provided by government agencies, but the service is not guaranteed. This makes it hard to find quality seed – and “bad seed means no impact,” Dr Arouna says.

Good seed comes from certified producers (farmers and SMEs). AfricaRice is working with the private sector to develop a certified seed value chain for the region, which could bring more opportunities for farmers and small businesses, too.

“This will require some capacity development,” Dr Arouna says. “With training, farmers could become certified seed producers for the new varieties and make money. And there are also possibilities for small-scale enterprise in dealing certified seed to create jobs in the region, where 70% of youth under the age of 30 are unemployed or underemployed, and 10 to 12 million youth are entering the labor force each year.”

Efforts like these could open bottlenecks in the value chain, bringing greater economic development for the whole region.

Photo: Grains of an upland variety of NERICA, New Rice for Africa, developed by scientists at the Africa Rice Center. Improved varieties of rice like this one are credited with reducing poverty and food insecurity for close to a million households in sub-Saharan Africa. Photo by R. Raman/AfricaRice