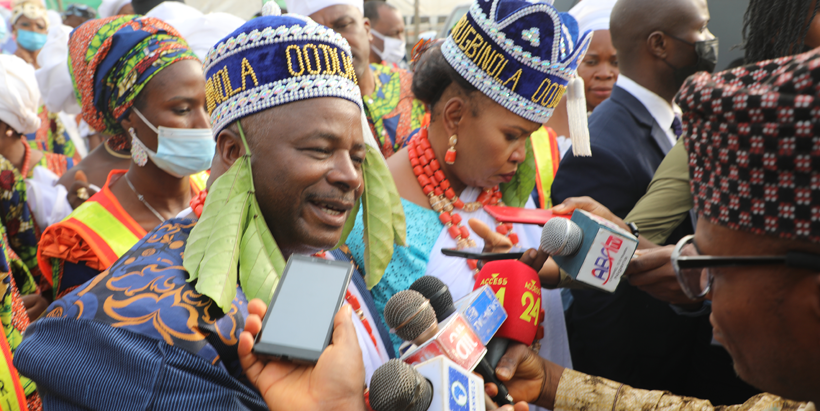 “Telling the stories of the impact agricultural research is making in Africa can only generate positive returns and ensure that those who are invested in the cause of food security are kept abreast of the progress being made and can do more.” IITA Director General Nteranya Sanginga said this in December at the Institute’s headquarters during a meeting with his media team.

Dr Sanginga was recently conferred with the chieftaincy title of Aare Afurugbin Ola of the Source (Lead Sower of Wealth and Prosperity of the House Oduduwa), in recognition of his remarkable contributions to agriculture, research, and development in Africa, by the Ooni of Ife, His Imperial Majesty, Oba Enitan Adeyeye, Ojaja II. In a statement, Dr Sanginga said that Africa would witness more development if we shared more stories about the remarkable progress going on about how research innovations are improving lives among farmers and farming communities.

According to Dr Sanginga, the media buzz around his recent chieftaincy conferment has gained the attention of several countries in Africa and donors across the globe. He announced that the government of the Democratic Republic of the Congo (DRC), his home country, is launching a project worth millions of dollars in 2022, with IITA leading the implementation of activities.