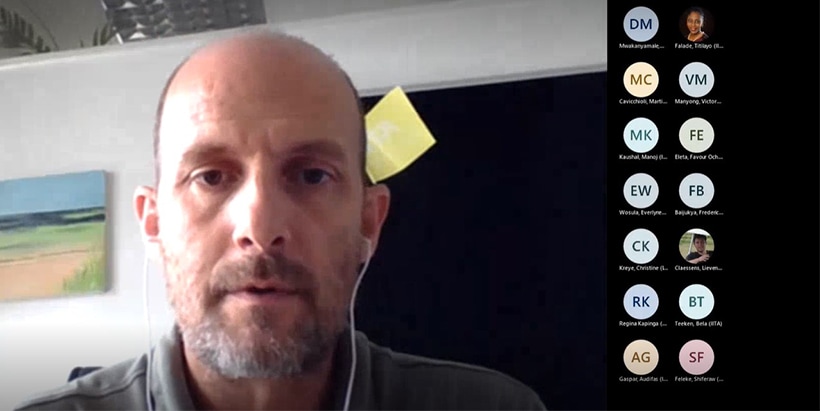 The IITA Gender Science Network (GSN) held its last quarterly meeting for the year on 8 December. The Network, which comprises social and biophysical scientists, communications staff, and project managers, meets quarterly to monitor its activities, measure progress, identify challenges, and discuss the way forward. The meeting featured highlights of the gender research activities that the Network members did in the third and fourth quarters. Discussions also focused on the new activities proposed during the second quarterly meeting and progress made.

Steven Cole, IITA Senior Scientist and Gender Specialist, and the Coordinator of GSN, welcomed old and new members of the Network from across units and projects. He also recapped the quarter two meeting, where he emphasized the impressive gender-focused research efforts by colleagues around the different IITA research stations. He also highlighted the initial brainstorming efforts by Network members during the meeting on how to implement a gender research webinar series at IITA.