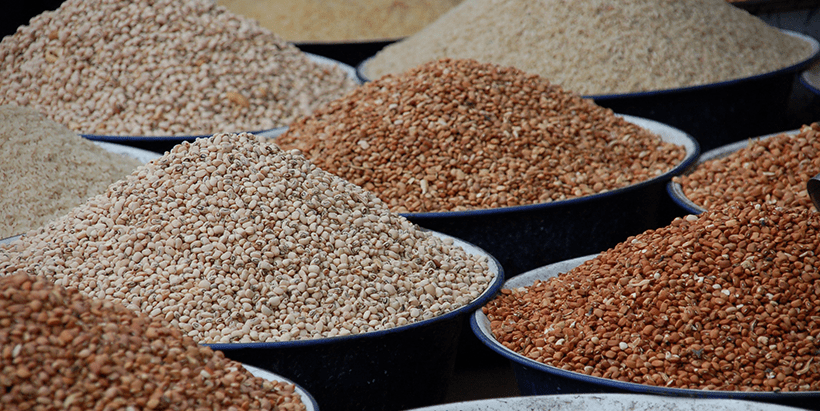 Cowpea is one of IITA‘s mandate crops, produced to reduce hunger and malnutrition in Africa, where it is widely consumed. It is produced in 45 countries of Africa, and five of the top cowpea-producing countries are in West Africa. Cowpea contributes to CGIAR’s impact on five key impact areas—climate adaptation and mitigation; nutrition, health, and food security; poverty reduction, livelihoods, and jobs; gender equality, youth, and social inclusion; and environmental health and biodiversity.

In a virtual seminar on 7 March, IITA Cowpea Breeder Ousmane Boukar shared the objectives and activities of the IITA breeding program in implementing modern breeding approaches to develop varieties with increased productivity. Despite the constraints to cowpea production, such as diseases, parasitic weeds, insects, and abiotic stresses, some achievements have mitigated their efforts on cowpea production. The diversity and population structure of cowpea germplasm conserved by the genetic resources at GRC and other sources have been evaluated. Some have been screened to detect virus-resistant lines.