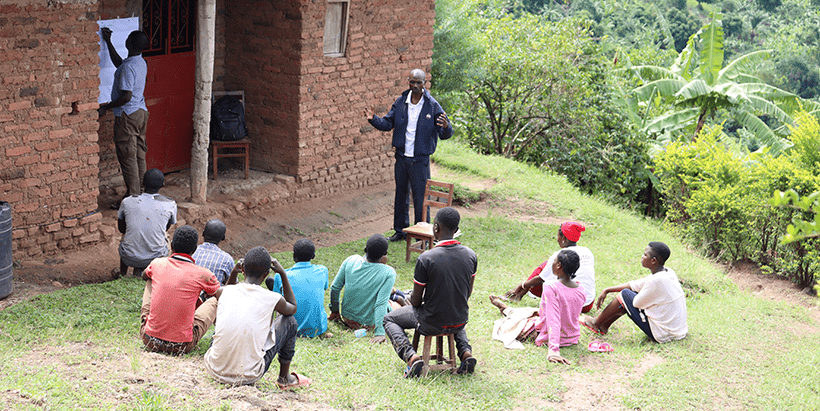 The activity is part of a collaboration between the Sustainable Food Lab, USAID, Touton, and IITA that brings together the private sector, agricultural researchers, and smallholder farmers to improve smallholder farmer livelihoods.

Kasese – about 370 kilometers west of Uganda’s capital city, Kampala – is located on the border between Uganda and the Democratic Republic of the Congo in the Rwenzori mountains. The mountain range includes Africa’s third highest glacial peak after Kilimanjaro and Mount Kenya – Mount Margherita which stands at 5,109 meters.

Coffee has been grown in the Rwenzori region for generations. Top-quality Ugandan Arabica coffees are among some of the best in the world, according to Coffee Review. In 2018, it was estimated that only 12% of households in the Kasese landscape had electricity, 29% had piped water, and only 3% of households had modern toilet facilities. IITA and Touton are supporting farmers in this landscape to improve their livelihoods from diversified strategies.