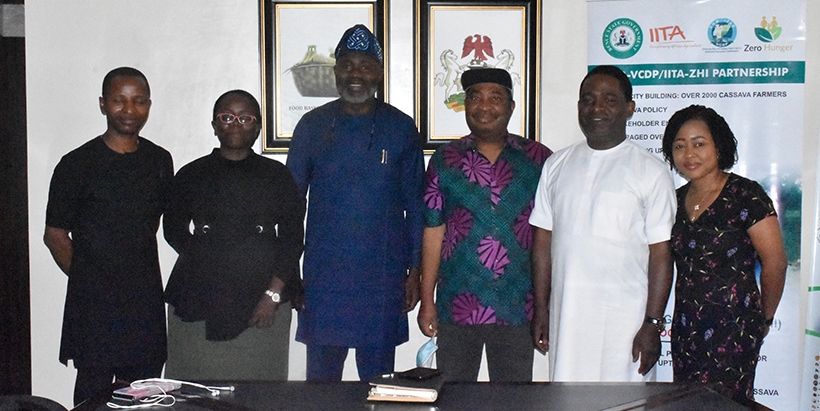 Speaking on behalf of Project Lead Debo Akande, Abioye congratulated Hon. Kyenge on his appointment and thanked him for receiving them on short notice. He briefed the Commissioner on programs and the team’s efforts to achieve zero hunger in Benue in close collaboration with VCDP. The implementation will align with the initiative’s three components: Policy Assessment, Productivity Enhancement, and Capacity Development, with a strong focus on women and youth inclusion. He applauded Benue State’s relationship with IITA, which he described as “fantastic and productive” based on the number of IITA interventions and projects in the State. He also commended the State’s Policy Assessment with IITA Zero Hunger Project, evident in a meeting with the then Commissioner of Agriculture, VCDP, and other stakeholders last year.