Growing for Gold: improving farming and fishing in Cambodia 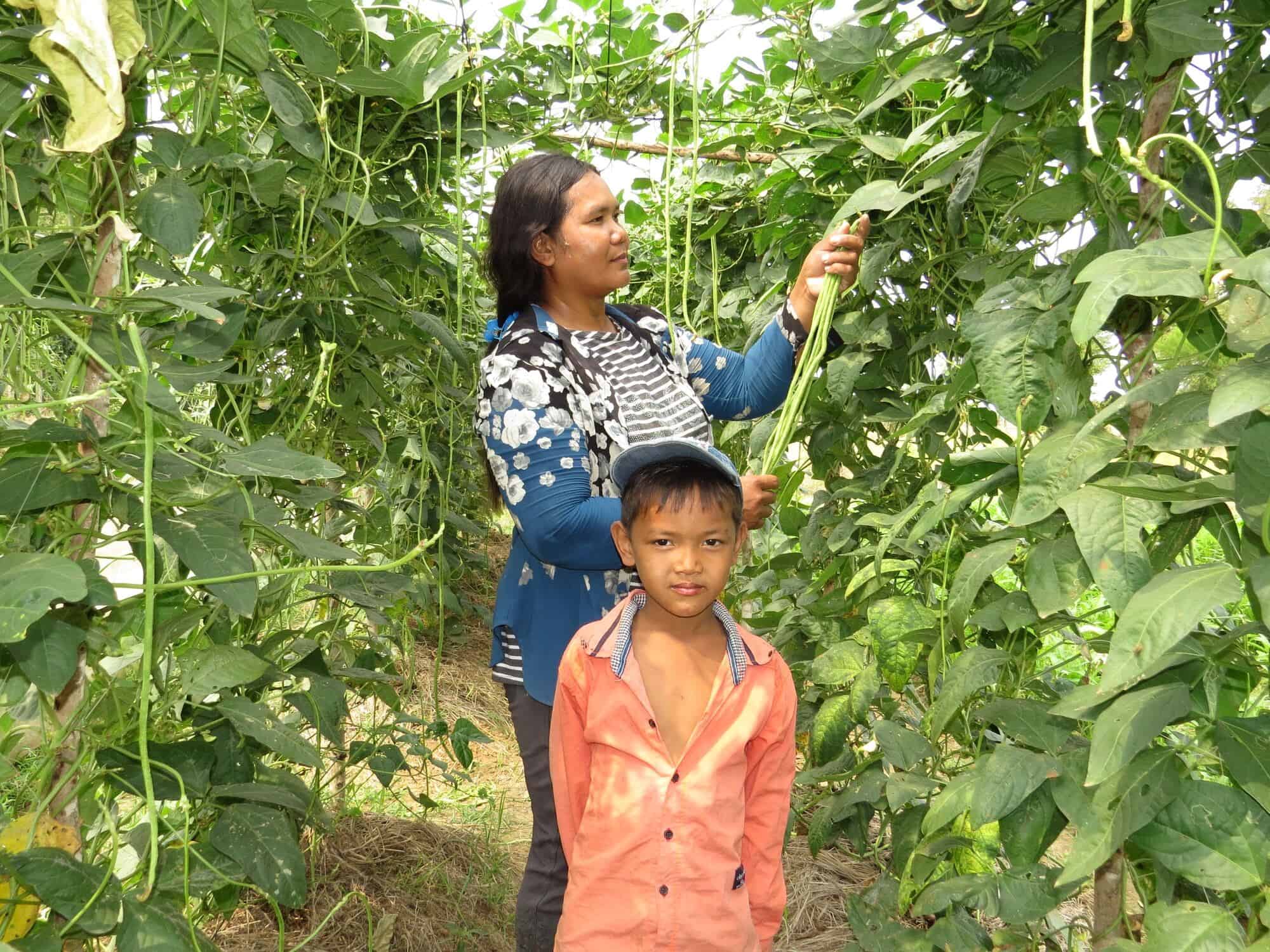 Thy and and her husband Chhub are rice and vegetable growers and small-scale fishers in Bavel district, Battambang – an area of Cambodia historically affected by dry periods. From 2015-2016, Cambodia experienced its most severe dry period in 50 years, with temperatures reaching over 40°C. Vegetable farmers like Thy and Chhub were hit hard, and inland fish populations were also affected by the unseasonably low water levels. Despite their best efforts, Thy and Chhub’s vegetables weren’t surviving.”Previously my family grew some vegetables, but the results were disappointing compared to what we had invested, including paying for seeds. Even the seedlings would die either during the nursery stage or later on,” – Chhub.IMPROVING GROWING METHODSIn 2017, Thy and Chhub were selected to join the Feed the Future Cambodia Rice Field Fisheries II project, implemented by WorldFish and partners. Through the project, 140 communities are supported to improve and protect Community Fish Refuges (CFRs) – bodies of water that protect wild fish during dry periods. The water stored in these refuges is also used for household consumption and for watering gardens, especially during dry periods.