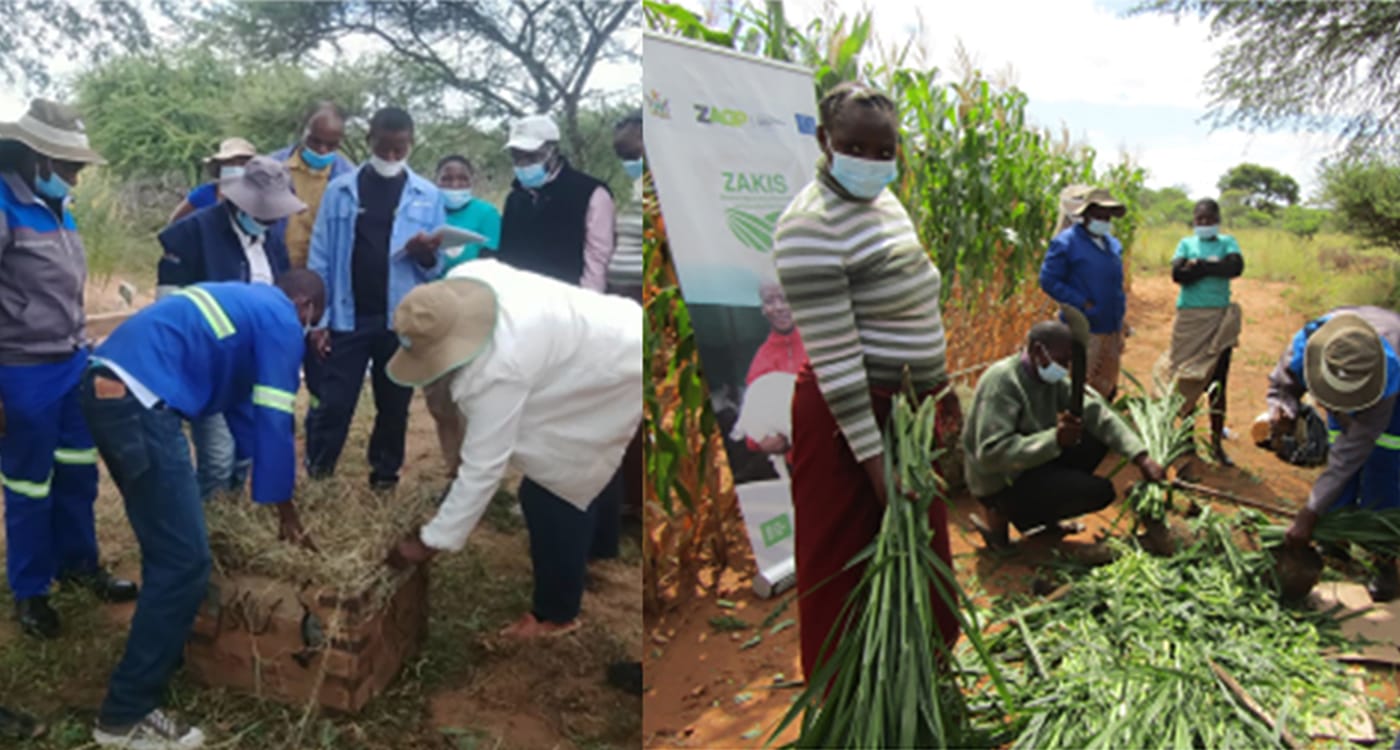 Climate change-induced droughts in Zimbabwe over the last two decades has hit resource-poor farmers the most. Many watched their valuable livestock die during the dry season due to fodder shortages and their inability to buy expensive commercial feed. The impact of drought on livelihoods is undeniable, but the problem was exacerbated by massive knowledge gaps. A ‘needs assessment’ project survey found that 90% of farmers had no knowledge on fodder production and preservation technologies and there was an urgent need to build capacity to prevent the crisis from deepening.

The study showed that farmers had little knowledge on fodder flow or pasture management. Legume and cereal crop residues were going to waste, there was no established concrete plan to produce fodder crops and farmers could not afford to buy fodder from agro-dealers. The project therefore identified fodder production on-farm as the only sustainable solution as it relies on use of locally available resources.