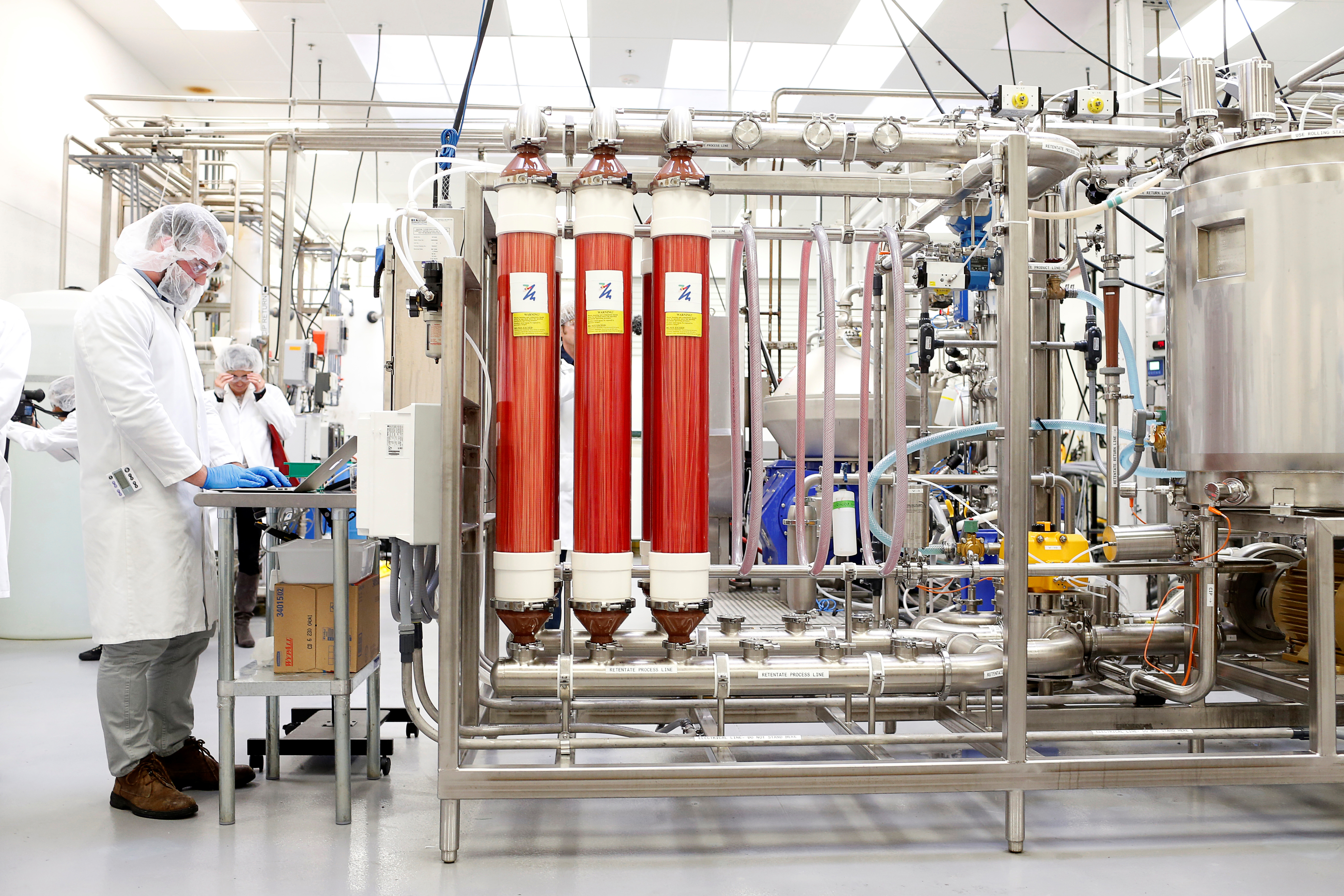 A small-scale production line of the leghemoglobin for a plant-based hamburger is displayed during a media tour of Impossible Foods labs and processing plant in Redwood City, California, US 6 Oct 2016 (photo credit: /Beck Diefenbach—S1BEUGSRCGAA).

Then there is the polarizing ‘fake’ versus ‘clean’ meat framing that boils this complex topic down to a simple good versus bad dichotomy. The opposite of fake is of course the ambiguous but desirous ‘natural’. And modeled after ‘clean’ energy, ‘clean’ meat is by inference superior to its alternative, which must logically be ‘dirty’ meat.

The narrative posited by, for now let us call it cultured meat, proponents is that animal agriculture requires large amounts of land and water, and produces high levels of greenhouse gases (GHG). The environmental impacts of a product, such as a beef hamburger, is then compared to the anticipatory ones for producing a cultured hamburger patty through tissue engineering-based cellular agriculture.

I research how biotechnology can improve livestock production, and while it is true that conventional meat production has a large environmental footprint, the problem with this dichotomous framing is that it overlooks the rest of the story.

Cattle produce more than just hamburgers for well-off consumers, and they typically do so by utilizing rain-fed forage growing on non-arable land.

Additionally, cellular hamburger patties are themselves not an environmental impact-free lunch, especially from the perspective of energy use.